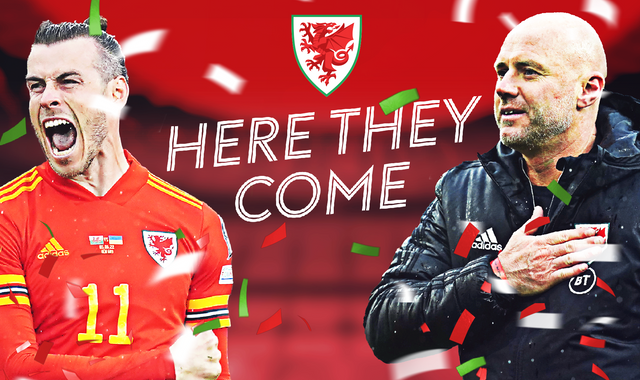 It was a cruel way for Ukraine’s qualification effort to end with Oleksandr Petrakov’s side, who beat Scotland in the play-off semi-final, again showing a level of football which would have certainly merited a place in the 32-team tournament in November and December.

With half the team not having played competitive club football since the Russian invasion began in February and with their nation’s tragedy never far from their minds, Ukraine deserve huge credit for coming so close to making the finals for the second time in their country’s history as an independent nation.

There were emotional scenes at the end of the game as Ukraine’s disappointed players showed their appreciation to their more than 2,000 supporters at the Cardiff City Stadium. They were then joined by the Wales players who, before undertaking their own lap of honour, also saluted the Ukrainian fans.

Bale, though, would not be denied his moment, and it was entirely fitting that he would play an integral part in the decisive goal.

Speaking to Sky Sports afterwards, a jubilant Bale said: "It’s the greatest result in the history of Welsh football. We’re going to a World Cup!

"Words can’t describe how we feel at the moment."

Bale hinted Wales’ triumph will force him to put any thoughts about a possible retirement on hold.

The country’s talisman responded with a smile "for a little bit", adding: "I’m just delighted we are going to a World Cup. It means everything, it’s what dreams are made of. I’m speechless. I’m so glad we’ve done it for these amazing fans."

The former Tottenham and Real Madrid forward said he had nothing left to give when replaced by Harry Wilson in the 83rd minute.

He added: "It was difficult. I haven’t played too much football these last three or four weeks because of my back spasm, but the most important thing was to get through.

"I give my all. I was running on empty but we’ve got good people on the bench to do a good job."

Page: These are the best fans in the world

Wales will now take part in the 2022 World Cup, with their victory establishing the biggest gap between qualifications for a World Cup tournament – their last appearance came at the 1958 finals, 64 years ago.

Wales manager Rob Page told Sky Sports: "I’m so proud of the guys, they thoroughly deserved it. The one thing these boys were missing was a World Cup and now we’ve got there. These are the best supporters in world football, they helped us from the first minute.

"When you see what these guys do in training, I had full trust in them. Gary Speed started this 12 or 13 years ago and I’d like to dedicate that to him. He started the culture. There was a difference, a change to the environment.

"Chris Coleman took it on to another level and I’ve inherited that. We’re so confident going into games. We’re not hopeful of qualifying for the Euros and the World Cup, we believe we can do it."

Hennessey: My best game in a Welsh shirt

Wales are now unbeaten in their last 19 home games – winning 13 – in a run which began in March 2019 with a 1-0 win over Trinidad and Tobago. The Dragons have only conceded seven goals in this run, and never more than once in a match.

Goalkeeper Wayne Hennessey, who made nine saves to help repel Ukraine, ranked his display in Cardiff as his best for his country.

He told Sky Sports: "It’s absolutely incredible. Not just for me, everybody who’s been on this pitch tonight, absolutely amazing. The lads who didn’t get on, the staff, everyone, fully deserves this through this campaign.

"I probably think that’s my best game in a Welsh shirt to be honest, at such a key stage, obviously.

"But we have to give credit to Ukraine, they’re a fantastic team. Gareth, unbelievable free-kick again, so I’m absolutely buzzing.

"It’s unexplainable. He’s so dangerous at free-kicks. When he’s on the field stuff happens and for me he’s an amazing talent and a joy to watch."

Analysis: A culture conjured up by Speed

"There were faces of disbelief in the crowd. Were they dreaming? They can pinch themselves all they want. This wasn’t a dream. Wales are going to the World Cup after a remarkable football match.

"Ukraine threw everything they had at Wales for their country. But Wales – led by Ben Davies and the unbeatable Hennessey – repelled it all in one of the grittiest defensive showings you are ever likely to see on the international stage. Perhaps there was a special someone looking down on them.

"As Page mentioned in his post-match media conference, this Wales team and the culture that knits them so close together was started and conjured up by former boss Speed.

"The home fans – about as noisy as you can get anywhere in the world – sung "there’s only one Gary Speed" midway through the second half when their team was under the cosh. It did seem to add another dimension and steel to the playing performance. Like Speed was roaring them on himself.

"And boy did the home fans and their players celebrate. Iconic Welsh singer Dafydd Iwan took the microphone at full-time to sing ‘Yma o Hyd’ – a song the players and fans have adopted as their second anthem. To feel the emotion, joy, relief and beauty of a country coming together to sing as one was a privilege to behold.

"Welsh football is now being taken seriously. Many people are to thank for that, including the late, great Speed."

"It’s hard to put into words. We’ve been dreaming of this for a long time now. We’ve had to ride our luck at times, call on Wayne and defend for our lives, but let the celebrations begin.

"I’d love to say we were calm, it was tough, I got booked early on but I think we got it together.

"We’ve come a very long way, we want to make sure this carries on. The quality has gone through the roof, and a World Cup will be incredible to see."

"It’s hard to put into words. I’m unbelievably proud of everyone, it’s been some mission to get here and thankfully we got over the line.

"It means everything. This is years and years of hard work, if I said six or seven years ago I’m going to be playing in the Premier League and going to a World Cup, no-one would’ve believed me. To actually get here is a real pinch myself moment."

Zinchenko: Everyone needs to live in peace

After the match, Wales paid tribute to Ukraine via a post on Twitter showing support as the country continues to defend itself against Russia’s attack.

On a backdrop of Ukraine’s blue and yellow flag, Wales’ slogan "Together we are stronger" was written in both English and Ukrainian and accompanied by both national teams’ logos.

Ukraine defender Oleksandr Zinchenko told Sky Sports: "Everyone of us gave everything today, we left everything on the pitch.

"The goalkeeper for Wales [Wayne Hennessey] did amazing, he is definitely man of the match. In general I don’t think we deserved to lose, but that’s football, it happens.

"Football is about emotions, we can bring some great emotions to our fans, but unfortunately today we didn’t get the result we wanted.

"Everyone needs to continue to fight, as footballers we need to represent our country as best we can.

"Everyone needs to live in peace and we need to stop the war altogether. Today it’s Ukraine, but who knows tomorrow, we need to stay together. I feel sorry for our fans, but I wish Wales all the best for the World Cup."

Ukraine manager Petrakov was given a round of applause by the reporters present at the end of his press conference.

In response, the 64-year-old, who took over the reins from Andriy Shevchenko in 2021, said: "I want to express my gratitude to Wales, I wish your team all the possible luck in the World Cup. Ukraine is very grateful to Wales.

"We did everything we could. I want to say sorry that we didn’t score. This is sport. One team got lucky, the other team did not get all the luck they needed.

"I do not have any criticism for any players in the team. There is no need to touch any of the players. If you want to criticise, criticise me. If the team loses, the only loser is the coach."

On the situation in Ukraine, Petrakov added: "You know what is happening in Ukraine. We have war raging all over the country.

"We have children and women dying on a daily basis, our infrastructure being ruined by Russian barbarians. The Russians want to hurt us, but Ukrainians are defending their land.

"We just want your support, we want your understanding of what is happening at home. God forbid you will ever understand what we feel inside."

The 2022 World Cup in Qatar kicks off on Monday November 21 at the Al Thumama Stadium when Senegal take on the Netherlands in Group A followed by hosts Qatar against Ecuador at the Al Bayt Stadium.