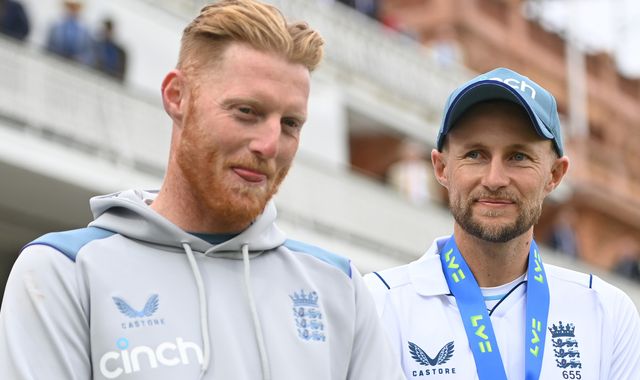 England successfully knocked off the 61 remaining runs required on the fourth morning without alarm, former captain Joe Root (115no) notching his 26th ton and 10,000 career runs in Tests in the process.

England’s successful chase of 277 ensured a positive start to Stokes’ tenure as captain with the team having won just one of their previous 17 games under Root amid a period of batting collapses, Covid-19 restrictions and rest and rotation.

"Huge," Hussain said when asked of the magnitude of England’s victory. "A change in era for English cricket, and it was absolutely vital they started with the win.

"In the context of this series too, because you’d think New Zealand will only get better throughout.

"For that England dressing room, with a new captain and new coach, they will have been hanging on every word, but you want to see immediate results and they’ve gone and won a game.

"You can imagine it in there now, with everything going in the right direction, but you also have to be realistic.

"It’s only a start – let’s not get too giddy about it – but it is one England needed.

"Celebrate it, enjoy it, but this is about a long-term plan and England need to learn on the areas they need to improve on going ahead.

"It is the same people who have got England over the line here, [Stuart] Broad and [James] Anderson, Stokes and Root. The real tick has been young Matt Potts, who has come from left field."

He spoke after the win about how the captaincy had begun to have an "unhealthy effect" on his life, and his eagerness to win games of cricket for Stokes, much in the way the all-rounder did for him under his leadership.

"It was a special day [for Root]," Hussain added. "And one he thoroughly deserved.

"There was no drama today, but there was one individual that English cricket fans wanted to stand to and that was their previous captain.

"They love him and it was such a joyous moment for him to get to that milestone – and to get England over the line.

"Everything he has been through in the last couple of years, as an England captain, in Covid – bubble life – and losing Test matches, he must have felt like the weight of the world was on his shoulders.

"You can just see with the reception he got from the Lord’s crowd, they are very appreciative of what this man has done for English cricket."

There is now little time for both teams to recover, with the second Test at Trent Bridge starting on Friday.

England have added Matthew Parkinson to their squad, with the Lancashire leg-spinner having come in for a surprise debut at Lord’s as a concussion substitute for Jack Leach after he went down in the outfield on day one, but Hussain feels Leach should return to the XI if fit enough.

"Trent Bridge can get very, very flat," Hussain said. "It’s not so much that it absolutely turns square, but when it does get flat – and with back-to-back Test matches – it might be that you just need that other option.

"Michael Atherton asked me a couple of weeks ago during a Blast game, would you pick Parkinson and I said ‘I don’t think so, because it’s Lord’s’ – the great Shane Warne didn’t get a Test five-for here, nor did Muttiah Muralitharan – but the next venue I think is a place you do need spin.

"If Leach is available and over concussion, I think he should come back in, because the lad has been through so much and so many injuries, so much bad luck, I think it would be harsh on him.

"I think Parkinson did fine, he got a wicket and he could come into it later in the summer."

Watch day one of the second LV= Insurance Test between England and New Zealand, at Trent Bridge, live on Sky Sports Cricket and Sky Sports Main Event from 10am on Friday.

Share
Facebook
Twitter
Pinterest
WhatsApp
Previous articleHistory for Joe Root and victory for England as former captain plays one of his greatest innings
Next articleBoris Johnson: Conservative rebels set to trigger no confidence vote in prime minister as soon as this week