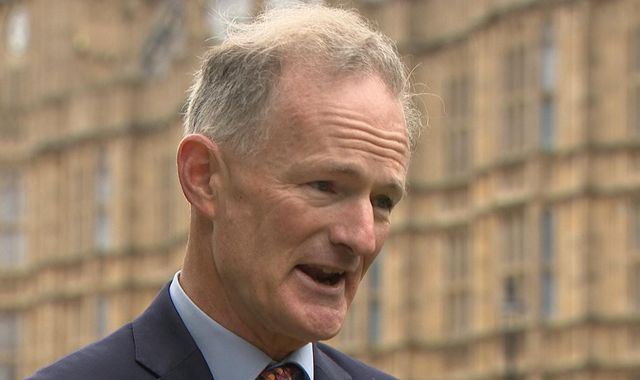 The prime minister’s anti-corruption tsar has resigned over Boris Johnson’s response to the Sue Gray report into partygate – and will vote for him to go tonight.

John Penrose has sent his resignation letter to the PM just hours after it was announced a confidence vote in Mr Johnson’s leadership will take place between 6pm and 8pm today.

The MP for Weston-super-Mare has been the UK’s anti-corruption champion at the Home Office since 2017 but said he could no longer be in his post as Mr Johnson had not addressed the “failures of leadership and judgment” Ms Gray said had taken place over lockdown-breaking parties in Downing Street.

He said Mr Johnson has therefore breached “a fundamental principle of the Ministerial Code – a clear resigning matter” but said his letter to Lord Geidt, the PM’s independent adviser on the code, “ignores this absolutely central, non-negotiable issue completely”.

Mr Penrose confirmed to Sky News he will be voting against the PM this evening and said this is “the beginning of the end”.

He said: “I’m sorry to have to resign as the PM’s anti-corruption tsar but, after his reply last week about the ministerial code, it’s pretty clear he has broken it.

“That’s a resigning matter for me, and it should be for the PM too.”

In his letter, Mr Penrose said he would “always be grateful to you for getting Brexit done”, for the 2019 election victory and for getting the UK out of COVID lockdown.

“But I hope you will understand that none of these can excuse or justify a fundamental breach of the Ministerial Code,” he wrote.