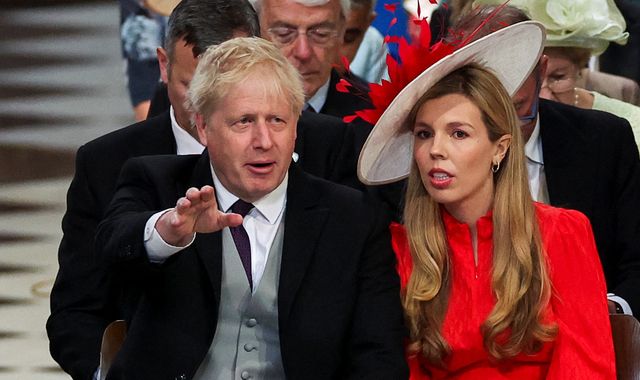 Boris Johnson will face a confidence vote in his leadership of the Conservative Party today after enough MPs submitted letters calling for a contest.

It will take place between 6pm and 8pm this evening in the House of Commons and an announcement is expected about an hour after the vote closes.

After months of speculation, it has been confirmed that at least 54 MPs – 15% of Tory MPs – have written to the chair of the 1922 Committee of Tory backbenchers, Sir Graham Brady, calling for a vote.

He said he notified the PM on Sunday that the threshold had been reached and they agreed on timings for the vote together.

Mr Johnson is set to make a plea to his MPs at 4pm to urge them to continue their support of him, and he is also writing a letter to them.

Sir Graham said he would not reveal when the threshold had been reached or how many letters have been submitted but it would “not be a bad description” to say some MPs had asked for their letters to be post-dated to ensure the Queen’s Platinum Jubilee celebrations were not interrupted.

For the PM to be ousted, half of Tory MPs plus one would need to vote against him, which is currently 180 MPs.

A Downing Street spokesman said: “Tonight is a chance to end months of speculation and allow the government to draw a line and move on, delivering on the people’s priorities.

“The PM welcomes the opportunity to make his case to MPs and will remind them that when they’re united and focused on the issues that matter to voters there is no more formidable political force.”

Tory whips will now meet with the PM and try to rally MPs to support him in the vote this evening – which comes just under two and a half years after he won the biggest Tory majority since the 1980s.

How does a no confidence vote and will the PM be ousted?
Which Conservative MPs have called on Boris Johnson to quit?

The letters came after a sustained period of pressure on the prime minister over the partygate revelations of lockdown-breaking events in Downing Street and Whitehall, for which Mr Johnson was fined once.

Following the publication of senior civil servant Sue Gray’s damning full report into partygate, there has been a surge of Conservative MPs calling for the PM to go.

Tory MPs reveal they will vote against PM

Moments before Sir Graham announced the vote, former treasury minister Jesse Norman, a mild-mannered MP in a safe Tory seat, revealed he had sent a letter in and gave a highly critical assessment of the PM’s performance, saying many of his policies are un-Conservative.

Mr Norman said he has supported Mr Johnson throughout his political career but for the PM to describe himself as “vindicated” by the Sue Gray report is “grotesque”.

His wife is Kate Bingham, the woman who is responsible for the successful rollout of the COVID vaccine, which Mr Johnson continually mentions as an example of positive decisions he has made.

Former health and culture secretary Jeremy Hunt revealed he would be voting for the PM to go, saying “today’s decision is change or lose. I will be voting for change”.

Guildford MP Angela Richardson, who became an MP in 2019, also confirmed she will vote against Mr Johnson, adding: “The deep disappointment I expressed in a previous statement in January has not abated.”

Moments after Sir Graham announced a vote of no confidence would happen, MPs loyal to Mr Johnson have been voicing their support for him, including the majority of the cabinet.

Foreign Office minister James Cleverly said he is “not going to go flaky on him now”, while his boss, Foreign Secretary Liz Truss said the PM has my “100% backing”.

Northern Ireland Secretary Brandon Lewis said “the prime minister has my full backing in today’s vote” and Levelling Up Secretary Michael Gove said he is voting for the PM and “we need to move past this moment and unite” behind him.

Former defence secretary Penny Mordaunt, who is tipped as a possible replacement for Mr Johnson, notably chose to not mention the confidence vote in a tweet made moments after Sir Graham’s announcement, instead saying she will be attending Portsmouth’s D-Day commemoration service.

Number 10 has sent a document to Tory MPs telling them why they should support Mr Johnson and giving them lines to say publicly.

They include putting “the distraction of the past few months behind us” so they can help people struggling with the cost of living and saying there is “no alternative leader” while pointing out Mr Johnson “led this country through the biggest peacetime crisis in centuries”.

Simon Clarke, chief secretary to the Treasury, said the PM has shown “real leadership” and it is “crystal clear” Mr Johnson alone won the 2019 election.

Chancellor Rishi Sunak said he is backing the PM as he has “shown the strong leadership our country needs”.

Chris Clarkson, who is part of the 2019 intake of Tory MPs who helped the PM get a large majority, said the vote was “absolutely crackers” and blamed “a handful of malcontents who haven’t provided a coherent alternative plan for the country”.

How the vote will work

Mr Johnson will have to secure the backing of half his MPs plus one to survive – 180 votes.

If he wins, he will remain as party leader and prime minister and be immune from another such challenge for a year.

But if he loses, a contest to choose a new party leader and prime minister will take place, with Mr Johnson barred from standing.

However, after Theresa May survived a confidence vote in 2018, with two thirds of MPs supporting her. But just five months later she stepped down after continuing to battle against her own MPs over Brexit.