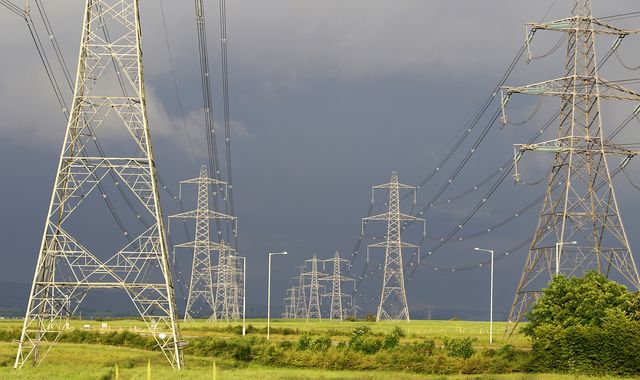 Ministers have been warned of potential power cuts to as many as six million households this winter, according to reports.

Government modelling of a “reasonable” worst-case scenario predicts major gas shortages in winter if Russia cuts off more supplies to the EU, The Times says.

Limits could be imposed on industrial use of gas, including on gas-fired power stations, causing electricity shortages, and six million homes could see their electricity rationed in curbs that may last more than a month, mostly at peaks in the morning and evening.

Worse modelling is reported for a scenario in which Russia cuts off all supplies to the EU.

A Department of Business, Energy and Industrial Strategy spokesperson told the PA news agency the UK “has no issues with either gas or electricity supply, and the government is fully prepared for any scenario, even those that are extreme and very unlikely to pass”.

“Thanks to a massive £90bn investment in renewable energy in the last decade, we have one of the most reliable and diverse energy systems in the world, and unlike Europe, we are not dependent on Russian energy imports,” they added.

Business Secretary Kwasi Kwarteng has approached the owners of Britain’s coal-fired power stations in Drax, Ratcliffe and West Burton to delay their planned closures in September.

A government spokesperson told PA the request was made “in light” of the Russian invasion of Ukraine.

“It is only right that we explore a wide range of options to further bolster our energy security and domestic supply – bringing down costs in the long-term,” the spokesperson said.

“While there is no shortage of supply, we may need to make our remaining coal-fired power stations available to provide additional back-up electricity this coming winter if needed.

“It remains our firm commitment to end the use of coal power by October 2024.”