Partygate: Another Tory MP calls for Boris Johnson to resign – bringing total to 26 after partygate 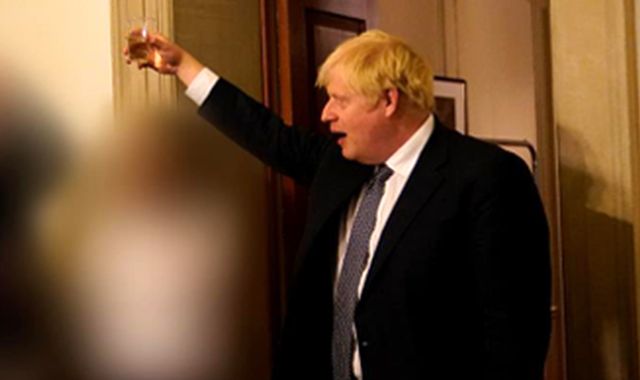 One of the youngest MPs in the Conservative Party has become the 26th Tory to publicly call for Boris Johnson to resign over the partygate scandal.

Elliot Colburn emailed his constituents to say that nothing within the Sue Gray report or the Met Police investigation has “convinced me that my decision to submit a letter to the 1922 committee (which I did some time ago) was the wrong one”.

The MP for Carshalton and Wallington is one of the youngest Tory MPs and was 26 when he was elected in 2019. He hinted that he wanted the prime minister to resign in February.

He is one of a growing number of MPs publicly calling for Mr Johnson to go who helped him gain a big majority when he became prime minister in 2019.

Mr Colburn said that “further questions and revelations have subsequently come to light” since the end of the Met investigation and publication of the Sue Gray report.

“I am especially appalled at the revelations of the poor treatment of security and cleaning staff at No 10, so my letter remains submitted.”

Earlier on Monday, Jeremy Wright, who was culture secretary and attorney general under Theresa May, became the 25th Tory MP to call for the prime minister to resign immediately since he was fined by the Met Police in April, according to a Sky News tally.

He posted a statement on his website saying “accountability and restoring faith in good government” required more than apologies and the moving on of civil servants if the government is to deliver on its election promises.

“It now seems to me that the prime minister remaining in office will hinder those crucial objectives,” he wrote.

“I have therefore, with regret, concluded that, for the good of this and future governments, the prime minister should resign.”

Mr Wright did not reveal if he has sent a letter of no confidence to Sir Graham Brady, chair of the 1922 Committee of Tory MPs, who must receive 54 letters before a leadership vote can be called.

However, it is likely that he has after publicly calling for the prime minister to go after much consideration.

The trickle of Tory MPs calling for Mr Johnson’s resignation has continued steadily since the Sue Gray report was released last Wednesday, with many questioning his explanation that he did not regard the gatherings as parties and saw them simply as work events.

A former lawyer and the MP for Kenilworth and Southam since 2005, Mr Wright had previously said Mr Johnson should go if he was found to have knowingly attended rule-breaking parties.

Like many Conservatives, he said he would make a judgment after the Met Police and Sue Gray had published their inquiries into the events, with the former concluding two weeks ago.

In his statement, Mr Wright said he had taken some time to think about the inquiries’ conclusions and believes the prime minister did not knowingly mislead parliament when he said he had not broken the laws.

He said he accepts the prime minister did not know at the time he was breaking rules for the impromptu birthday he was fined for.

Read more from Sky News:
What does your MP earn?
Who’s in the firing line after partygate report?

But, he said, it is “not only the prime minister’s own legal culpability” that is relevant as Mr Johnson was asked in parliament about others breaking rules.

Mr Johnson said all guidance was followed – but the Met and Ms Gray have found otherwise.

Mr Wright said the debate about whether Mr Johnson misled parliament and the partygate investigations have had a “corrosive effect”.

“In my view, there is clear evidence he has been negligent,” he wrote.

“I believe he could and should have done more to satisfy himself that the assurances he had been given, and that he was in turn giving parliament, were indeed correct.”

Share
Facebook
Twitter
Pinterest
WhatsApp
Previous articleDeal between Morrisons and McColl’s to be investigated by competitions regulator
Next articleChampions League final: French minister blames ‘fraud on an industrial scale’ for chaos but expresses ‘regret’ over disorganisation