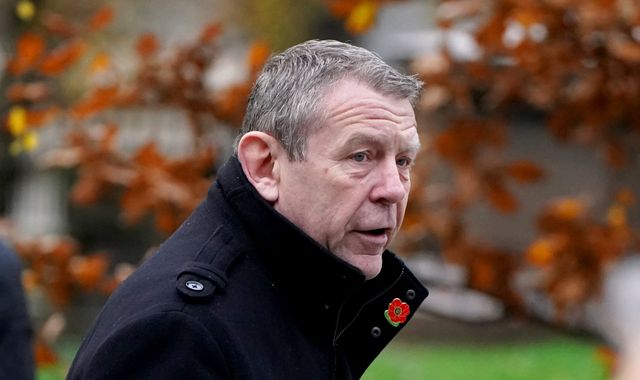 The former Rangers goalkeeper Andy Goram has revealed he has been diagnosed with terminal cancer.

Goram, 58, said doctors had given him about six months to live, telling the Daily Record: “I’ll fight like I’ve never fought before.”

He spoke out after the Ibrox club confirmed he was undergoing treatment for cancer last month and that officials were in regular contact with him and his family.

The former Scotland international started to feel ill seven weeks ago and said he thought he had “severe indigestion” at first.

He lost 4st in four weeks and contacted his GP when the pain became unbearable.

Goram was referred to hospital for a scan and then transferred to another hospital the next morning and was told his next of kin should be with him.

“That is when the alarm bells started ringing. I realised I had cancer,” he said.

He was diagnosed with level 4 oesophageal cancer and told the illness has spread to his liver, right lung, three vertebrae and ribs. His son Danny was with him.

“The surgeon explained where all the cancer was and it was inoperable. Danny broke down while I was trying to assess the situation,” he said.

“The word ‘inoperable’ hit me hard. I knew I was in for a fight.

He said he dismissed the treatment option “after seeing what it did to Miriam”, his ex-wife, who battled cancer last year.

“It was hellish. Her partner Dale had to carry her up and down the stairs for weeks,” he said.

“But she had a goal because now she’s more or less beat it. My problem is there is no exit door for me to fight for.”

He was transferred from Wishaw General to Hairmyres Hospital where he was an inpatient until mid-May.

He underwent a successful operation to “help me swallow again”, he said, and has been taking painkillers since.

“Getting all these pills hit home just how serious this situation is,” he said.

“I need to take my medication religiously or I’m in big trouble.

“I’ve been told by the doc, ‘Go enjoy your everyday life and be as normal as possible’.”

Goram said the pain is “manageable” and he can go see friends and supporters’ clubs and “still be myself”.

He added: “I’ll be here as long as I possibly can. The only difference is the timebomb ticking away.”

Goram started his career with Oldham Athletic in England and won six Scottish league titles in seven years after joining Rangers from Hibernian in 1991.

He also played for the likes of Motherwell and Queen of the South, and had a brief loan spell at Manchester United.

As well as winning 43 international caps in football, he also represented Scotland at cricket.