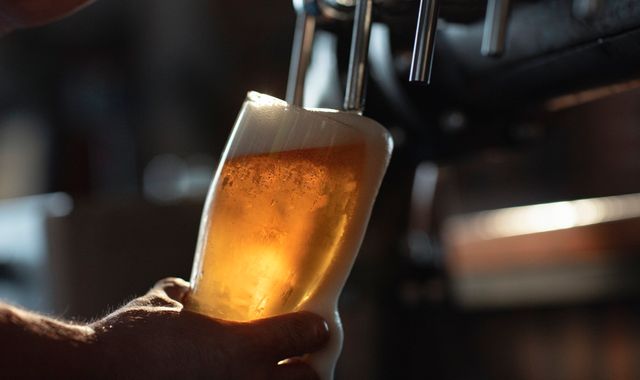 Those wanting to enjoy an incredibly cheap pint of Greene King IPA on Monday 30 May will need to use a secret codeword.

The pub chain will be offering the 6p pints at 408 of its sites because that was the average cost of a pint during the Queen’s ascension to the throne in 1952.

Anyone visiting one of the Greene King Local Pub or Flaming Grill sites will be able to claim the offer by using the password “1952”.

Andrew Gallagher, marketing director at Greene King Local Pubs, said: “The platinum jubilee is a fantastic way for the UK to come together and celebrate our Queen and country, so we wanted to take our customers back to where it all began – 1952, a time when Vera Lynn ruled the charts and pints were only 6p.

“We can’t wait to see our customers enjoy this royally good deal on Monday 30 May, and look forward to celebrating the platinum jubilee in all our pubs across the bank holiday weekend.”

It comes after opening hours for pubs and bars were extended across England and Wales over the four-day bank holiday to mark the Queen’s Platinum Jubilee.

From Thursday 2 June to Saturday 4 June opening hours will be lengthened from 11pm to 1am.

Johnson poised to bring back pounds and ounces

Meanwhile, Prime Minister Boris Johnson is poised to mark the occasion with a post-Brexit pledge to bring back pounds and ounces to Britain’s shops.

Whitehall sources told Sky News he will announce on Friday that imperial measurements will be reviewed as part of a move to strike out EU regulations.

Read more:
16,000 street parties to celebrate Platinum Jubilee – find an event near you
Timings of events for Queen’s weekend of celebrations revealed

Traders are currently legally obliged to use metric measurements such as grams, kilograms, millilitres and litres when selling packaged or loose goods in England, Scotland and Wales.

Under the metric system 1,000 grams are equivalent to a kilogram, but under the imperial system there are 14 pounds in a stone and 16 ounces in a pound.