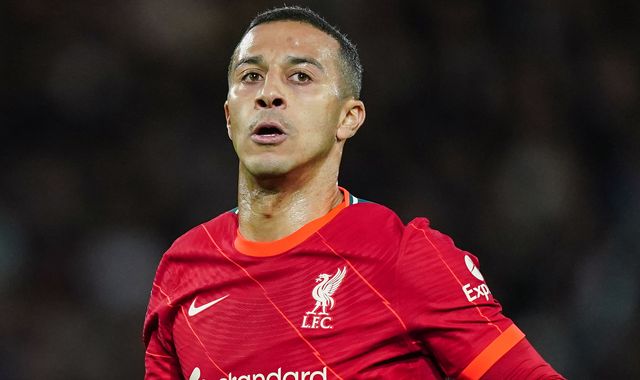 Thiago and Fabinho have both been named in the Liverpool starting line-up to play against Real Madrid in the Champions League final.

Jurgen Klopp had told reporters the pair were "looking good" to be fit for the game in the Stade de France during his pre-match press conference on Friday afternoon.

Mohamed Salah and Virgil van Dijk both missed games towards the end of the Premier League season as the Liverpool boss sought to ensure his players were ready for the game in Paris.

That move does appear to have been justified with the duo also fit and available to start against Real Madrid.

But it is the balance of the midfield that had occupied the thoughts of Liverpool supporters in the build-up to the game as they chase the club’s seventh European Cup win, and a second under Klopp.

Fabinho is a key figure in the middle of the pitch, protecting the back-line, and he has missed only one of Liverpool’s knockout games – the home leg against Benfica in which Klopp’s side conceded three goals.

Thiago’s role in breaking down defences, picking out those clever passes between the lines, is also important. His inclusion from the outset is a boost.

With five substitutes permitted in Champions League games – and a sixth should this match go to extra-time – Klopp will feel he has options on a strong bench that features Joel Matip, James Milner, Naby Keita, Diogo Jota and Roberto Firmino.