Migrant crossings: Asylum seeker who fled war says he would rather die than be sent to Rwanda 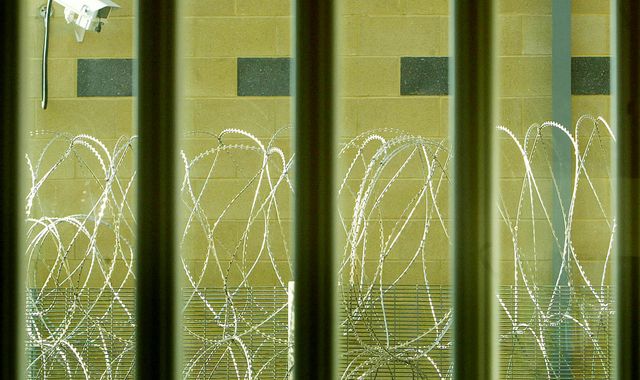 An asylum seeker who fled the war in Sudan and is now facing being sent to Rwanda has told Sky News he would rather die than get on the plane.

“Why have they put us in prison? What’s the problem with coming? We are the victim,” says a voice at the end of the phone.

I’m outside Colnbrook Detention Centre near Heathrow airport speaking to a Sudanese asylum seeker who recently arrived in the UK illegally after crossing the Channel by small boat.

The man – who we’re referring to as Bilal to protect his identity – is among the first asylum seekers who’ve now been given letters warning them they could be sent to Rwanda.

The policy is hugely controversial, but for the first time we’re hearing the raw emotion in the voice of someone who has been affected by it.

“If they want to take me from here to Rwanda, I’ll kill myself,” Bilal says starkly.

“Rwanda is not a safe country – how can the UK government send us there?”

Bilal says he wants people to know he and others are being detained.

“This is [a] miserable life. We suffer. Nobody wants to help us to get out from this place,” he says.

A desperate story of survival

Bilal says he fled from Sudan in 2016 to escape conscription and war.

He says as he tried to get to the UK, he was detained by Libyan militia and tortured.

He says the boat he was on crossing the Mediterranean was lost at sea, and he was one of only 15 people out of 131 who survived when they were rescued.

Bilal is one of around 100 people in search of a better life who charities say arrived in the UK after 9 May and are now being held at one of at least four detention centres.

Bilal is fighting against being sent to Rwanda, but his lawyer has a bleak assessment for those who haven’t managed to get legal help to launch a challenge in time.

Qays Sediqi says: “I don’t know what’s going to happen to the numerous other individuals who don’t have a legal representative, who are not being provided with advice and are just being left in the dark.”

I ask if he thinks it’s inevitable people will get sent to Rwanda.

“That is what it seems like, unfortunately. That is the reality of it – we will do everything we can.”

‘I cannot point to Rwanda on a map’

Mr Sediqi is representing two other people being held at Colnbrook, including a Kurdish Iranian man who we are referring to as Abdul.

The government announced its plans to send asylum seekers to Rwanda in April.

When Abdul made the journey across the Channel by small boat in May, he said he had no idea he risked being sent to Africa.

He says: “After all that I went through coming to the UK – all the suffering and devastation – then sending me away to a different country that I don’t know, that I cannot point to on a map, that would be very inhuman to me.”

The government agreed a deal for Rwanda to take an uncapped number of asylum seekers and, if their claims are successful, offer them a new life.

The Home Office says it wants to break the trade of smugglers sending small boats across the Channel.

Around 9,000 people have made the journey so far this year.