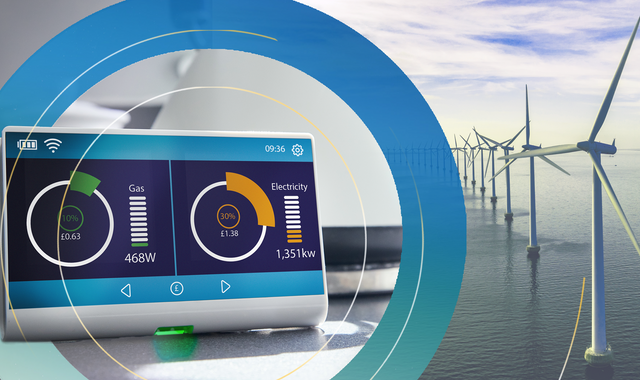 Green levies now represent 9-12% of electricity bills, not 25% as some had claimed, Ofgem has confirmed.

The spiralling cost of living crisis has prompted calls, particularly from those sceptical of climate action, to remove the part of energy bills that help pay for things like renewable energy projects or home insulation.

They say this would help lower bills beyond the amount covered by the Chancellor Rishi Sunak’s effective U-turn on a Windfall Tax announced on Thursday.

Robert Halfon, Conservative MP and one of 20 members of the Net Zero Scrutiny Group, had said green levies make up 25% of energy bills. Following criticism from climate commentators – as the true figure is 8% – he later clarified he was referring to electricity bills only.

Mr Halfon did not respond to a request to comment.

How much do green levies add to bills?

Green levies make up 8% of energy – or “dual fuel” – bills, down from 12% last year. This is the most commonly used measure as most people use gas and electricity.

Under the 1 April 2022 price cap, environmental levies represent 9% of electricity bills, or 12% when combined with social levies.

However in 2020, energy and social policies did constitute 22-25% of electricity bills, depending on how it is calculated, as methods have changed.

What are green levies?

“Green levies” is loosely used to refer to different types of policies added to energy bills.

Some commentators use the term to refer only to environmental policies, such as measures to replace gas with biogas. Whereas others use it as a catch-all term to include social policies too, such as the warm home discount, which helps low-income households with heating bills.

Some policies are a mix of social and environmental, such as the Energy Company Obligation (ECO), which funds things like insulation, helps to lower bills for those who need it and cuts emissions.

So why are energy bills expensive?

Policy costs now make up a smaller share of the overall bill because the price of wholesale energy has increased dramatically, taking up a bigger share.

Even before Russia’s latest invasion of Ukraine, gas prices were rising due to global demand and Russia restricting supply. Since then, the numbers have soared higher still as the war further squeezed supplies.

“They are actively helping to limit electricity price increases by reducing the need to import expensive gas from places like Russia and essentially funding Putin’s war,” she said.

Andy Mayer from the Institute for Economic Affairs (IEA) says the levies for renewable energy pay back less than claimed, and questioned the need for subsidies at all. The free market think tank has received funding from fossil fuel companies.

Industry body Energy UK said reducing support for “the very solutions that will prevent a repeat of current crisis” would not be “the wisest move”.

Could the windfall tax cover the costs?

Under the new “energy profits levy,” the oil and gas firms will temporarily pay a 25% levy on profits, but companies will get 90% in tax relief for any profits they invest.

But taxation rules mean that investment can only cover oil and gas extraction – not, say, renewable energy projects – giving rise to claims the government has turned a windfall tax into a form of fossil fuel industry subsidy.

The government defines a subsidy as “government action that lowers the pre-tax price to consumers to below international market levels”.

What could happen to green levies?

Government and green think tanks say that while these levies add a cost to bills, they pay for themselves by driving investment in renewables, and have saved consumers money on their energy bills overall over the past 10 years.

The government said the levies fund “vital support schemes” like home insulation which save pensioners and vulnerable households “hundreds of pounds a year while driving investment in home-grown renewables”.

Mr Mayer stated a “moral case to suspend the schemes until the cost-of-living crisis has passed”.

Further expansion of renewables could buffer a future gas crisis by “paying back billions of pounds as they undercut the cost of gas power stations further”, argued Ms Ralston.

Energy UK suggested moving the levies to general taxation would be “fairer”, because adding them on to bills takes no account of someone’s ability to pay and “hence penalises lower income customers”. The idea is backed by the centre-right think tank Centre for Policy Studies.