Savannah Marshall hits back at Claressa Shields after ‘mind games’ accusation: ‘She knew all about my injury’ 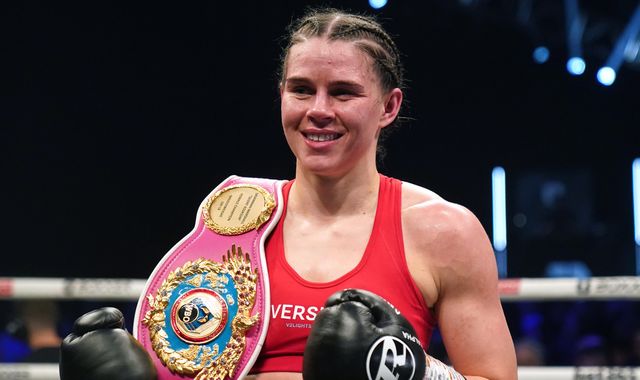 Savannah Marshall has rubbished Claressa Shields’ claim that she is exaggerating her injury ahead of their undisputed middleweight showdown later this year.

WBA, WBC and IBF middleweight champion Shields has questioned the seriousness of the arm surgery undergone by WBO belt holder Marshall, saying it is "mind games" to buy "extra time".

American star Shields and English fighter Marshall were due to lock horns in July but they are now expected to clash in early September.

Marshall told Sky Sports: "Claressa has known all about my injury, she has known everything that has gone on.

"She got told about a month ago so I don’t know whether it’s red-chested or she has just opened her inbox.

"I haven’t a clue with that girl.

"My fitness is good, I’m getting there, slowly building myself back up, getting my strength back. I am taking it easy, trying to not to rush."

When asked whether the fight will take place in September, Marshall said: "One hundred per cent.

"Claressa has confirmed it via Twitter. What she says and what she does are two different things but it looks like it’s happening.

"I’m really looking forward to it. There is no other fight out there for me. Claressa has three belts, I’ve got one, so there is nowhere else for me to go.

"It’s the same for her. We both need this fight for our careers."

Marshall and Shields both have unblemished 12-0 records, with Marshall knocking out Femke Hermans in her previous fight in April and Shields overcoming Ema Kozin on points in February.