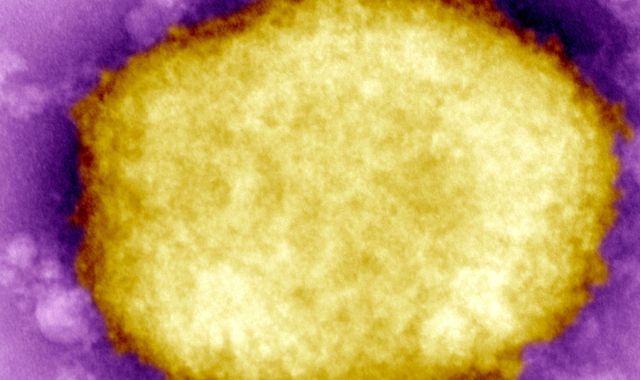 There are now a total of 131 confirmed cases of monkeypox and a further 106 suspected cases – in 19 countries, the World Health Organisation has revealed.

While the outbreak is unusual, it remains “containable”, the WHO said, adding it would be holding more meetings to support member states with advice on how to tackle infections.

On Friday, 80 monkeypox cases had been confirmed and an additional 50 were under investigation in 11 countries.

Slovenia today reported its first case – a traveller who had returned from the Canary Islands in Spain, Slovenian N1 television reported.

The man was reportedly not admitted to hospital because he was infected by a mild version of the viral disease.

It comes as experts on the continent warned there is a risk the rare virus could be passed from humans to pets and then wildlife, and it may become endemic in Europe.

Another 36 monkeypox cases have been detected in the UK, taking the total to 56, with a “significant rise” in infections expected this week.

Dr Susan Hopkins, chief medical adviser at the UK Health Security Agency, said: “Alongside reports of further cases being identified in other countries globally, we continue to identify additional cases in the UK.

“We are urging everyone to be aware of any unusual rashes or lesions, and to contact a sexual health service if they have any symptoms.”

Cases are predominantly being identified in individuals who self-identify as gay or bisexual or men who have sex with other men.

The UKHSA recommends contacts of monkeypox cases at high risk of having caught the infection should self-isolate for 21 days.

This includes no travel, providing details for contact tracing and avoiding direct contact with immunosuppressed people, pregnant women and children under 12.

It also advises that they are offered a smallpox vaccine.

Read more:
What do we know about the UK’s biggest-ever outbreak of monkeypox?
How do you catch it, what are the symptoms and how easily does it spread?

Dr David Heymann, who chairs a World Health Organisation expert group, has described the unprecedented outbreak in Europe as “a random event” that might have been spread by sexual transmission among gay and bisexual men at two raves in Spain and Belgium.

Catching the virus from an infected person is very uncommon, but transmission is possible through close physical contact including sexual intercourse, touching clothing, bedding, towels or other items used by someone with the rash.