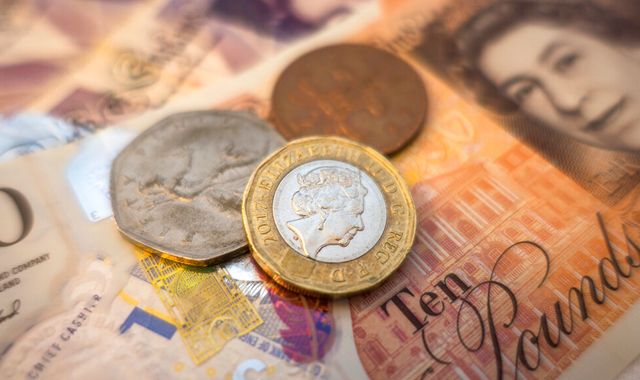 Economic insecurity is a vastly under-appreciated indicator of how people vote and could be “damaging” at the next election, a new study has found.

Financial instability is as important as cultural values and immigration attitudes in its relationship to party support, the report by Nuffield Politics Research Centre suggests.

It also says economic security exists both in the “Conservative shires” and Labour’s “former red wall”.

The study suggests that each party’s economic policies and how they appeal to the more financially insecure could be a key factor in how people choose to vote in the next general election.

Wealth inequality widened as a result of the pandemic and rising cost of living pressures are now hitting many households across the UK.

Meanwhile, the Bank of England’s governor Andrew Bailey warned that the UK is in a “bad situation” with inflation and that a “very big income shock” could be about to hit British households.

He added that due to the ongoing Russian invasion of Ukraine, there could also be an “apocalyptic” rise in global food prices.

Amid spiralling prices, the government is under pressure to take further action, with splits over the potential to raise money through a “windfall tax” on the profits of oil and gas companies.

Read more:
What is a windfall tax, how much do oil companies already pay, and has the UK tried it before?

Speaking to reporters on Monday, Boris Johnson conceded that the cost of living crisis “is going to go on” but said people asking what more the government will do to help will “just have to wait a little bit longer”.

Pressed on Labour’s idea of a one-off levy on oil and gas companies, which have enjoyed bumper profits as energy prices surge, the PM said: “No option is off the table, let’s be absolutely clear about that. I’m not attracted, intrinsically, to new taxes.”

But the report, which uses 2011 census data and data from 2018, suggests that the leaders of the main parties should be mindful to the fact that economic insecurity has often been disregarded as a key indicator of how people vote and should focus on attracting the most financially unstable.

One of the report’s authors, Professor Jane Green, said: “Politicians urgently need to consider who is least ready to withstand the cost of living crisis, and the implications for a future election.

“Such crises separate people and households according to whether they have buffers like savings, a home, a secure income, or the ability to borrow. Losing that economic security could have a major electoral impact.”

Professor Green told Sky News economic insecurity could be a “damaging” voting factor at the next election.

The report, entitled ‘Red Wall, Red Herring? Economic insecurity and Voting Intention in Britain’ also highlights that economic insecurity is substantially higher for younger non-graduates – a cohort which could be a key battleground for Labour and the Conservatives at the next election.

The data sample finds these individuals report substantially higher amounts of borrowing for their day-to-day living costs, cannot afford household bills, groceries or other essential day-to-day items, are less likely to have savings and have lower household incomes but similarly high levels of debts.

The study suggests that Labour cannot afford to take the votes of graduates for granted as their economic security makes them more likely to support the Conservatives.

On the other hand, the Conservatives cannot afford to take the voters of non-graduates for granted as their economic insecurity makes them more likely to support Labour.

If the Conservatives made gains among a minority of economically insecure voters in 2019, it is by no means certain if they can hold onto them, the report states.

Read more: How much are things going up? Use our spending calculator

Meanwhile, non-graduate women under 50 and non-graduate men under 40 who live in a variety of areas of the country and not just in the so-called ‘red wall’ are said to feel the most economically insecure in Britain.

Another of the report’s authors, Dr Roosmarijn de Geus, said: “Britain’s most economically insecure voters live in all parts of the country.

“This isn’t just about particular places – parties need to build coalitions of support between the ‘haves’, ‘will-haves’ and ‘won’t haves’ within constituencies across the country.”

The government is already handing out £150 council tax rebates for many homes and will take £200 off energy bills from October amid the current cost of living crisis.

Last week, an investigation by consumer group Which? found that hundreds of staple grocery items had shot up in price by more than a fifth over the two years prior to the surge in food inflation caused by Russia’s war in Ukraine.

Labour has called for an emergency budget with new, immediate measures to help rising household costs and a windfall tax on oil and gas companies to help consumers hit by soaring energy bills.

But there is hostility to the idea of “windfall tax” within government, with several cabinet ministers known to be against the idea.

Share
Facebook
Twitter
Pinterest
WhatsApp
Previous articlePartygate: Tory MPs criticise PM after photos of lockdown drinks ahead of Sue Gray report
Next articleBoris Johnson was ‘not partying’ in new pictures that show him ‘raise a glass’ at a leaving do, says Grant Shapps