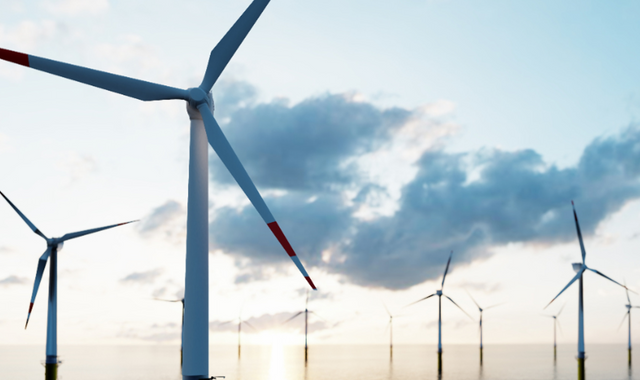 A plea against a windfall tax on energy companies has been made in an open letter to the prime minister and chancellor.

Political pressure has mounted on the UK government for a one-off additional tax to fund support for customers facing higher energy bills and struggling with the cost of living crisis.

But in response, 31 organisations in the UK’s offshore energy supply chain have written a letter calling for an end to speculation about such a tax.

They say such a move would not “sustainably help consumers and will only further reduce investor confidence in the UK”.

The Treasury has refused to be drawn on a report in the Financial Times that Chancellor Rishi Sunak is considering a levy on the profits of wind farms, as well as on oil and gas companies.

According to the paper, a government insider has said “North Sea oil and gas producers are only half the picture” since high gas prices have pushed profits up for all electricity generators.

Mr Sunak, like Boris Johnson, has expressed reluctance to go down the road of a windfall tax, but he has acknowledged the need to be “pragmatic” in the face of the cost-of-living squeeze.

The PM has promised further help support struggling households but said previously he was “not attracted” by the idea of new taxes.

Read more:
Explainer: What’s a Windfall Tax?
Analysis: Windfall taxes have been tried before – could such a move backfire?

In the letter, issued on Tuesday by trade body Offshore Energies UK (OEUK), which represents more than 400 companies in the sector, signatories warn the industry is only in the early days of a recovery, after suffering significant losses in recent downturns.

It says: “A one-off windfall tax on energy producers will not sustainably help consumers and will only further reduce investor confidence in the UK, the ripple effect of which we will feel for many years to come.

“And it will do nothing to address the cyclical nature of an energy system linked to global supply and demand, with the UK becoming much less attractive to investors who will look elsewhere for the long-term stability they require to progress major energy projects.”

It went on to say any “surprise windfall tax” risks operators – big and small – scaling back their investment plans in response, which could have an impact on jobs.

“The ramifications of any halt in investment will be felt throughout the supply chain, through jobs, and the communities this industry supports, both directly and indirectly.

“For the tens of thousands of jobs this industry supports, the impact of a windfall tax will be even greater in the long term.

“This is not least because it follows a downturn felt especially hard by the supply chain side of the industry, with thousands of manufacturing roles lost up and down the country.”

OEUK chief executive Deirdre Michie added that after “significant downturns” in the industry, investment in cleaner energies and the sector which supports it should be encouraged

Pressure for a windfall tax has come from Labour but also from some senior Tories.

A Treasury spokesman said: “We understand that people are struggling with rising prices, and while we can’t shield everyone from the global challenges we face, we’re supporting British families to navigate the months ahead with a £22 billion package of support.”

Share
Facebook
Twitter
Pinterest
WhatsApp
Previous articlePlatinum Jubilee: Mamma Mia! musical star on performing with Brian May at the Golden Jubilee – and plans for this year’s pageant
Next articleJarrod Bowen closing in on debut England call-up by Gareth Southgate for upcoming Nations League