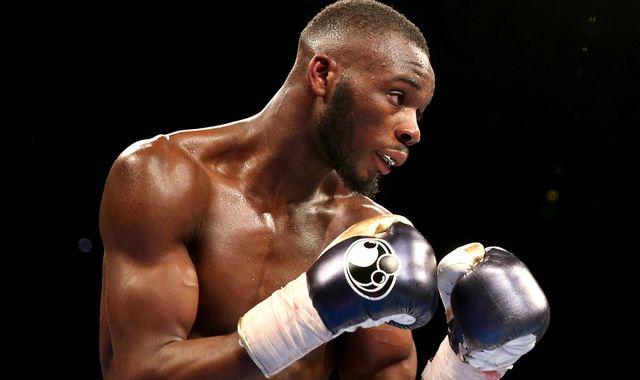 Londoner Kongo will take on Germany’s Formella at the OVO Arena in Wembley on June 11 on the undercard of Richard Riakporhe’s IBF cruiserweight title eliminator against Fabio Turchi, live on Sky Sports.

Formella’s only defeats to date have come against Benn and former world champion Shawn Porter, but neither were able to stop him inside the distance.

Kongo is looking to force his way into world title contention after embarking on a new era of his career, having signed with BOXXER, and is confident the chance to fight more regularly will help him achieve his aims.

"I think Chris has to make a statement," Shalom told Sky Sports News. "This is definitely a really tough fight. No one has ever stopped Formella, he’s very, very stubborn.

"It’s a huge opportunity to make a statement but it’s also a proper fight and Chris is going to need to be at his best. But if he can do something that no one’s done before and stop him, it will show that Chris really is at that level that we believe he is.

"We always felt that with a better environment he could have a much better chance at a high level. I think Formella is the perfect opponent for him but he’s a huge test and he needs to prove that he can compete at the very top of the division.

"I think it would put Conor Benn on notice."

Benn (21-0) has strung together some eye-catching performances, but his last nine fights have come against foreign opponents, and Shalom believes the 25-year-old would benefit from facing a domestic rival.

"I think unfortunately we’ve not really seen Conor in any domestic fights so far, and I think that’s what he’s crying out for," Shalom said.

"We’re seeing it now with Josh Buatsi and Craig Richards, we’ve seen it with Chris Eubank Jr and Liam Williams and Josh Taylor and Jack Catterall – domestic fights are what the fans want to see.

"I think that’s what takes you up another level in terms of respect and in terms of notoriety and I think at some point Conor should be looking at fighting the British guys, and hopefully Chris Kongo is going to be in the mix after this fight.

"He’s got the talent to do it and it definitely puts him right up there if he can dispatch Formella."