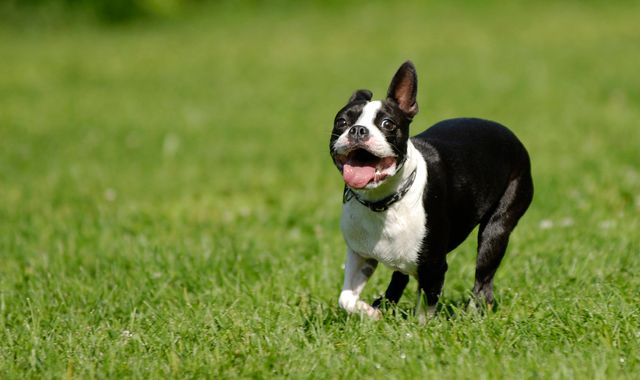 Dogs living in London are more likely to suffer from heatstroke than elsewhere in the UK, a study has found.

As summer approaches, owners are being warned to look out for early signs of heatstroke, which is more likely in cities due to a “double-whammy” of “concrete cooking effects” and rising global temperatures.

Researchers found older and heavier dogs were most at risk of becoming unwell due to the heat – with flat-faced breeds such as pugs and bulldogs most at risk.

The heatstroke risk for dogs living in London was double that found in Yorkshire, and almost double that in the North West and East of England.

Flats and terraced housing are associated with an increased risk of overheating, the study suggests – and a greater percentage of cases in London were triggered by confinement in a hot building.

The Nottingham Trent University and the Royal Veterinary College researchers were surprised to find the average temperature in which dogs became ill from heatstroke was 16.9C (62.4F) – much lower than previously thought.

It also busts the myth about dogs only becoming a higher risk for heatstroke in scorching temperatures, the scientists said.

“Awareness of these extra risks can help owners take steps to protect their dogs, especially as we approach the summer months.”

Looking at the specific triggers behind heatstroke events between 2016 and 2018, the researchers found exertion, or exercise, was responsible for 68% of heatstroke cases in London and hot weather 14%.

According to the study, dogs that were confined to a hot building accounted for 8% of cases in London – more than double the wider UK figure of 3%.

Researchers suggest this could be due to a higher proportion of flats than in rural locations, and because the ambient temperature in cities such as London can be about 5C warmer than in the countryside.

Read more:
Pugs can no longer be considered a typical dog

Early signs of heatstroke to watch out for

Excessive panting, red or darkened gums and tongue, confusion and unsteadiness leading to collapse, diarrhoea, vomiting could indicate heatstroke, and even seizure leading to coma.

If the dog is not cooled immediately, owners should contact a vet.

Researchers said as global temperatures rise, an improved understanding of the risk factors for heatstroke in dogs will support better education.