Spanish Grand Prix: Lewis Hamilton ‘so happy’ with Mercedes pace | Toto Wolff: ‘He would have raced for the win’ 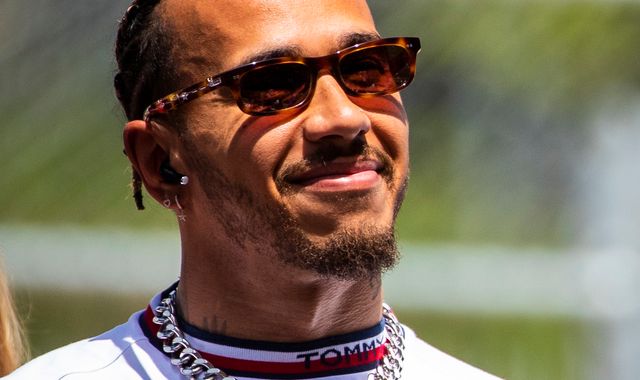 Lewis Hamilton was left to wonder what might have been after an early puncture spoiled what was an otherwise positive Spanish Grand Prix for the seven-time world champion.

The Mercedes driver and Kevin Magnussen collided on the first lap after the Haas man tried to go around the outside of Hamilton, leaving him with a puncture and bringing up the rear of the field.

But the 37-year-old recovered from that and was running as high as fourth at one point before overheating issues late in the race forced him to cede a place to Ferrari’s Carlos Sainz, eventually bringing his car home in fifth.

Hamilton said: "If I hadn’t had that issue at the beginning, who knows where we would have been in the end?"

"It’s a horrible feeling being that far behind, but you have to keep your head up, keep pushing and hope for better.

"They said I could maybe get to eighth and that doesn’t feel like an impressive result, but at least I’d get into the points. But then, to be fighting for fourth, I was so happy.

"The car felt great in the race, our pace is closer to the top guys in the race, which is amazing. I was just really unfortunate at the start to get the puncture I got, but I didn’t give up. That’s what we do, right?"

Hamilton had questioned over the team radio whether it would be better to save the engine after his first-lap setback and subsequent early pit stop had left him 35 seconds behind the 19th-placed car.

Yet he was encouraged to keep going, and Mercedes team principal Toto Wolff was delighted to see their upgraded car was able to produce race pace to match the encouraging signs from practice and qualifying in Barcelona.

Indeed, Wolff felt Hamilton could have even challenged for victory, with team-mate George Russell securing his second podium finish of the year after bringing his car home third.

"It’s always the call when you’ve lost the race to decide what is the benefit of continuing," Wolff told Sky Sports.

"From a driver’s perspective, you know, ‘that can’t be possible, I’m 50 seconds behind the leaders’, but we are never giving up anyway.

"In the end, the race pace was tidy. He [Hamilton] would have raced for the win.

"I’m happy we didn’t retire Lewis because that was the most valuable race from us to compare the two cars, to compare their setups and tyres."

Formula 1 returns in Monaco from May 27 to 29. Full coverage of all practice sessions, qualifying and the race will be live on Sky Sports F1.