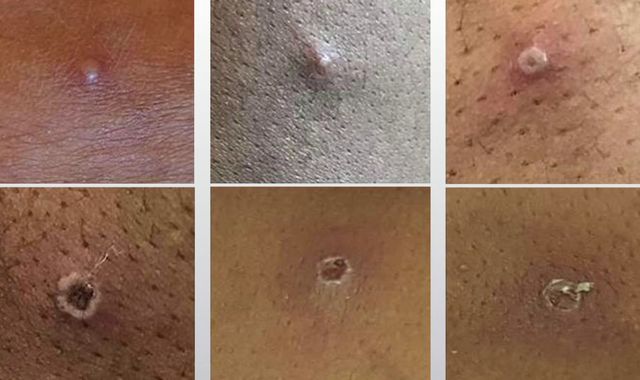 Health officials will announce the latest number of UK monkeypox infections today, as government guidance says close contacts of cases with the highest risk of exposure should self-isolate for 21 days.

New guidance from the UKHSA recommends people who have had “unprotected direct contact or high-risk environmental contact” with the disease should isolate – and avoid contact with immunosuppressed people, pregnant women, and children under 12.

‘Outbreak is a concern’

Dr Hopkins said the illness is “relatively mild” in adults, with young children more at risk, but refused to comment on reports that a patient is being treated in intensive care.

She said the risk to the general population “remains extremely low at the moment” but people “need to be alert to it”.

“In adults, it is a usually a pretty mild infection that gets better on its own, typically within about three weeks, although sometimes you do get left with scarring,” added Prof Hunter.