Partygate: Minister unable to say who requested meeting between PM and Sue Gray over her report 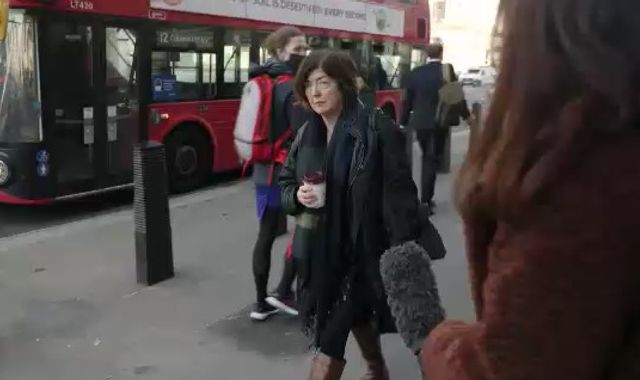 Education Secretary Nadhim Zahawi has said he does not know who requested a meeting between the prime minister and Sue Gray over her partygate report, but is confident there was “no way” she would allow herself to be influenced by anybody.

Speaking to Sky News’ Sophy Ridge on Sunday programme, the cabinet minister also insisted Boris Johnson would not have intervened in the independent investigation, which is widely expected to publish its findings in the coming week.

He said the process had been “absolutely robust and rigorous”, pointing out the senior civil servant did not “pull her punches” in her previous limited report into lockdown-breaking parties in Downing Street, which criticised “failures of leadership and judgment”.

Pressure has been growing on No 10 to explain the meeting between Ms Gray and the PM, revealed by Sky News.

It is understood the pair met at least once to give an update on the document’s progress while it was being drafted, but a Whitehall source said that its contents were not discussed at any point.

Opponents have demanded an explanation about the “secret meeting”, while a briefing war was sparked after sources initially claimed Ms Gray had initiated the meeting.

Her spokesman intervened to deny this, leading to a clarification by No 10 that it had not been ordered by the PM personally, although there is no dispute the suggestion came from a Downing Street official.

Pressed on Ridge, Mr Zahawi said: “I don’t know who called the meeting.

“What I do know is the prime minister doesn’t and never would never intervene in an independent inquiry.”

Read more:
What is the Sue Gray report and what can we expect from the full findings?
PM to face investigation into whether he misled MPs about partygate

He added: “Let’s not create this air of doubt around this process, which has been absolutely robust and rigorous.

“I have no doubt about Sue Gray’s professionalism and integrity.

“There’s no way she would allow herself to be influenced by anybody.”

Mr Zahawi went on: “I don’t know what’s in the report, no-one knows until Sue Gray decides to publish it.

“That’s the right thing because actually she’s done this, and done it properly.

Labour’s shadow treasury minister Pat McFadden told Ridge: “I’ve got every faith in Sue Gray’s integrity and she is a civil servant of the highest integrity, we don’t know the details of that meeting, it’s not clear who called it, there’s different accounts of that, so it’s hard for me to say what was said there.

“I do have faith in her integrity and let’s see what she says when the report comes out.”

On Thursday, the Metropolitan Police confirmed they had ended their investigation into lockdown-breaking parties in Downing Street and Whitehall, and had given out 126 fines for 83 people.

The conclusion of the police investigation cleared the way for Ms Gray’s report into the parties to be published in full.

Share
Facebook
Twitter
Pinterest
WhatsApp
Previous articleCost of living: Job cuts of up to 40% examined at Department for Education, confirms minister
Next articleBig Ben is back telling the time – and the bongs will soon ring out again