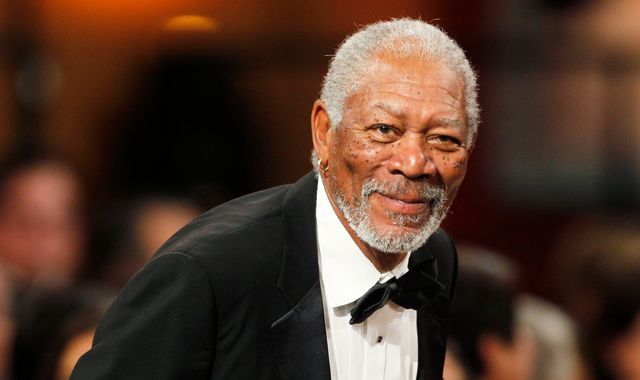 Actor Morgan Freeman and former US senator John McCain, who is deceased, are among a list of 963 Americans who have been "permanently banned" from entering Russia.

The bans announced by Moscow are the latest response to sanctions imposed on the country for invading Ukraine.

Morgan Freeman, 84, is on the list apparently as a result of appearing in a video clip in 2017 that accused the Russian government of meddling with American democracy.

Freeman narrated the promotional video for an organisation named The Committee to Investigate Russia, CNN reports.

The video was directed by filmmaker Rob Reiner, best known for movies including The Princess Bride and When Harry Met Sally, and he has also been added to the Kremlin’s list.

Mr McCain is one of three former senators to appear on the list who are deceased.

It said: "We emphasise that the hostile actions taken by Washington, which boomerang against the United States itself, will continue to receive a proper rebuff.

"Russian counter-sanctions are forced and aimed at forcing the ruling American regime… to change its behaviour, recognising new geopolitical realities," it added.

Back in March, President Joe Biden was banned from entering Russia in response to the sanctions imposed against the country after the invasion of Ukraine.

The White House mocked the Russian sanctions by quipping that nobody was planning a holiday to Moscow and suggesting Vladimir Putin’s regime had targeted the wrong Joe Biden.

Alongside politicians from the opposite side of the US spectrum, from Alexandria Ocasio-Cortez to Marjorie Taylor Greene, the list also includes several politicians who are dead.