Monkeypox: UK faces ‘significant rise’ in cases – as more infections found in Europe and US 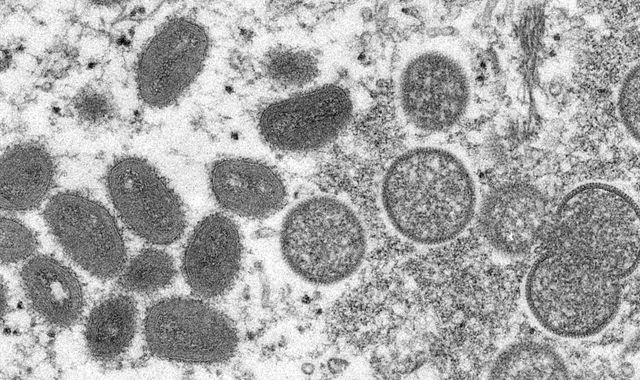 The UK is facing a “significant rise” in monkeypox cases over the next week, an expert has warned, as new infections were reported in mainland Europe and the US.

A total of 120 confirmed or suspected cases have been reported globally – including 20 in the UK – with the majority of infections in Spain linked to a sauna in Madrid.

Switzerland recorded its first confirmed case on Saturday after an infected person developed a fever and a rash and felt unwell, authorities said.

The infection followed “close physical contact abroad” and the affected person is isolating at home, they added.

Officials in the Netherlands said on Saturday “several patients” had contracted monkeypox, a day after the country recorded its first case.

And in Germany, at least two cases of monkeypox have been recorded in Berlin after the country’s first infection was detected in Munich on Friday.

In the US, it was confirmed a patient in New York City had contracted monkeypox, after the state of Massachusetts confirmed its first case earlier this week.

Israel also reported its first case on Saturday, a man in his 30s who had returned from a trip to Western Europe. He has been quarantined at a medical centre with mild symptoms.

It comes after Spain, Portugal, Italy, Sweden, and Canada all reported infections in the past week, mostly in young men who hadn’t previously travelled to Africa.

France, Belgium, and Australia reported their first cases on Friday.

Some UK health clinics are now stopping people walking in as they try to slow the spread of infections.

Read more: Monkeypox is a ‘concern for everybody’ and US is looking into vaccines, says Biden

David Heymann, an infectious disease specialist at the World Health Organisation, said he believed the pox had entered the population as a “sexual form”.

“What seems to be happening now is that it has got into the population as a sexual form, as a genital form, and is being spread as are sexually transmitted infections, which has amplified its transmission around the world,” he said.

The president of the British Association for Sexual Health and HIV (BASHH) told Sky News that some clinic staff have received the smallpox vaccine, which can be effective against monkeypox, and talks are taking place about giving doses to “potential risk groups”.

“There is going to be more diagnoses over the next week. How many is hard to say.

“What worries me the most is there are infections across Europe, so this has already spread.

“It’s already circulating in the general population. Getting on top of all those people’s contacts is a massive job.

“It could be really significant numbers over the next two or three weeks.”

Dr Dewsnap said she expected more monkeypox cases to be identified around the UK.

“I’m definitely expecting a significant rise over this next week,” she added.

Dr Dewsnap said she was concerned about the impact on other infections as staff are diverted to deal with monkeypox, when the “public health budget has decreased significantly over the last 10 years”.

“Some clinics that have had cases have had to advise people not to walk in,” she added.

“They’ve primarily done that because if somebody has symptoms consistent with monkeypox, we don’t want people sat in waiting rooms potentially infecting other people.

“They’ve implemented telephone triage to all of those places.”

Scientists say they are baffled by the disease’s recent spread in Europe and North America.

The UK Health Security Agency has said a notable proportion of recent cases in Britain and Europe have been found in gay and bisexual men.

There are about 80 confirmed cases worldwide and 50 more suspected ones, the World Health Organisation (WHO) said.

In Spain, 24 new cases were reported on Friday, mainly in the Madrid region where the regional government closed a sauna linked to the majority of infections.

Monkeypox typically causes fever, chills, rash and lesions on the face or genitals.

The disease, which was first found in monkeys, can be transmitted from person to person through close physical contact and is caused by the monkeypox virus.

Read more:
Monkeypox: What do we know about the UK’s biggest-ever outbreak of the virus?
How do you catch it, what are the symptoms, and how easily does it spread?

Professor David Heymann, an expert on infectious disease epidemiology at The London School of Hygiene & Tropical Medicine, said: “There are two types of the virus. There is a virus in central Africa which is very lethal, it has 10% fatality and it causes a disease that looks like smallpox.

“Fortunately, that disease has not spread outside of Africa yet, and hopefully it won’t, because people are very sick, and they don’t travel.

“The disease that is occurring in Europe and North America is a west African virus-type-strain which is very moderate, it causes skin rash, maybe one or two lesions on the skin, and it can cause a fever and swollen lymph nodes, swollen glands and muscle aches, but it is not fatal in most cases.

“It can be fatal in very less than one per cent of people, so it is not a fatal disease.”