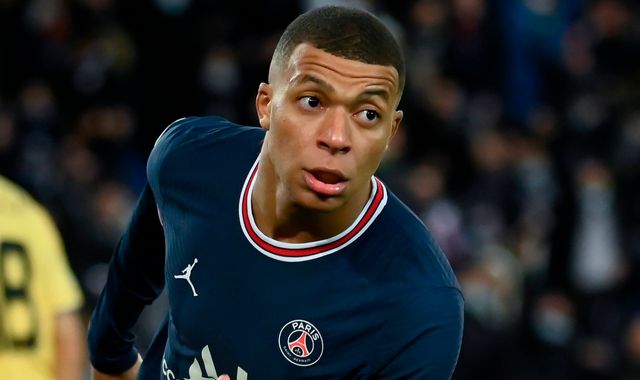 Kylian Mbappe has agreed to sign a new three-year deal to stay at Paris Saint-Germain.

The 23-year-old France international, whose current contract is due to expire on June 30, had been widely expected to leave the Ligue 1 champions at the end of the season.

La Liga champions and Champions League finalists Real Madrid were reportedly close to finalising a move for Mbappe before the player’s dramatic U-turn.

The World Cup winner, who joined PSG from Monaco for €180m in 2017, was on course to leave the club on a free transfer upon the expiry of his existing deal.

Real – who were willing to pay €230m to sign the forward on Deadline Day last summer – were ready to give Mbappe a signing-on fee of £110m and wages of £20m-a-year after tax. Their total investment would have been about £300m.

His signature is a coup for PSG’s Qatari owners, with hopes he can be one of the faces of the World Cup in the country this winter.

PSG are understood to have offered Mbappe a pay package worth £4m a month, double his current terms, making him the highest earner in the game.

An extension would also secure a mammoth signing-on figure in the region of £100m, and includes concessions over image rights as well as bonuses for goals, Ballon d’Or honours, and Champions League success.

Mbappe’s new contract with PSG, which is likely to keep him at the Parc des Princes until 2025, has not been signed yet.