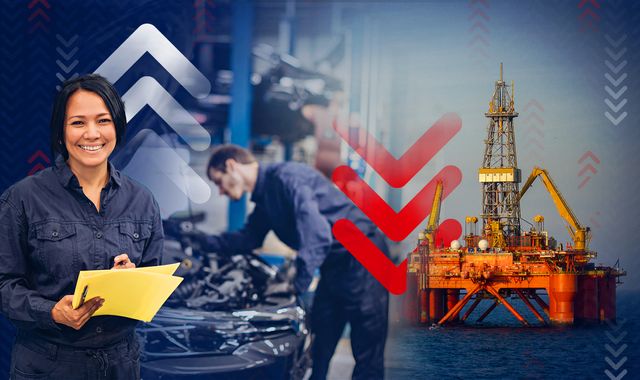 The cost of living has become one of the major political focuses as bills rise and inflation soars, with households feeling the squeeze.

Average energy bills have risen by nearly £700 to just under £2,000 a year in April, and the Bank of England is expecting another annual rise of £830 in October.

The government has said its priority is to “help ease the cost of living” and has introduced some measures already, but critics – including some Conservative MPs – say they could be doing more.

Sky News looks at some of the options that have been suggested to the government.

Deputy Political Editor Sam Coates has provided his analysis on each measure in grey boxes.

Labour has called for a windfall tax on oil and gas companies’ excess profits to give households some relief on their energy bills.

It would involve a one-off levy on the companies’ profits, which have been boosted by high energy prices, with BP admitting it has “more cash than we know what to do with”.

So far, Chancellor Rishi Sunak has resisted the calls but did say “no option is off the table”.

Some Conservative MPs are urging the chancellor to introduce the tax.

But, Boris Johnson said he is reluctant to introduce a windfall tax as it is better for companies to invest the money into renewable energy.

He is also concerned it could deter investment in the North Sea as the UK tries to become more self-sufficient.

Oil and gas companies also already pay higher corporation tax than most other companies – 30% versus 19%.

Can you work your way through the inflation crisis?

On 6 April, National Insurance contributions were increased by 1.25 percentage points to 13.25%.

It means that somebody earning £27,000, for example, is now paying £200 more in National Insurance annually.

Labour has called for the Conservatives to reverse the hike as families struggle with the cost of living, and said it would replace the rise with a windfall tax on oil and gas companies.

Employers groups have also criticised the increase, with the British Chambers of Commerce saying it is another cost pressure “at a time when they can ill afford to bear it”.

The government has resisted calls to reverse the rise, with Mr Johnson saying the rise will help the NHS grapple with the pandemic backlog.

The chancellor said he would cut the basic rate of income tax from 20 to 19 pence in the pound before spring 2024.

But that has yet to happen as Mr Sunak said in March it would “clearly be irresponsible to meet this ambition this year” due to the economic situation.

However, Paul Johnson, the director of the Institute for Fiscal Studies (IFS), said raising the National Insurance rate while cutting income tax “drives a further wedge between taxation of unearned income and earned income”.

Labour has been calling for some time for the government to reinstate the £20-a-week uplift in Universal Credit introduced at the start of the pandemic to help those on low incomes.

Lord Rose said those on lower incomes are a particular worry and believes direct, targeted help through welfare was the best approach.

Mr Sunak said the Department for Work and Pensions computer system prevented him from raising benefits at the spring statement as it would only allow one uplift a year.

Boris Johnson tasked his cabinet with coming up with ways to ease the strain on people’s finances without using taxpayers’ money.

Ministers are said to be considering the options but nothing is concrete yet.

• Raising awareness of discounted broadband offers for low-income households, which are available to 4.2 million Universal Credit households, but less than 2% claim them.