Cost of living: Why some countries have lower energy bills than the UK 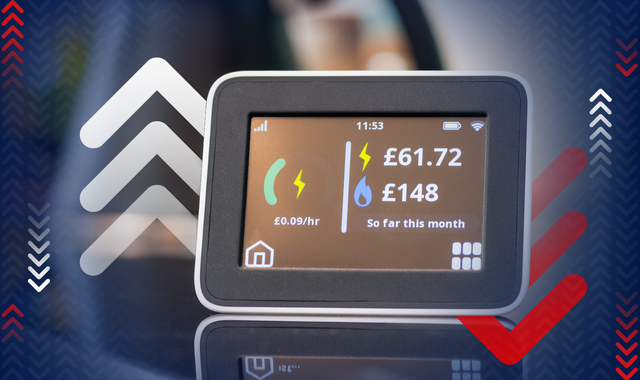 Millions of households in the UK are facing an unprecedented £700-a-year increase in energy bills after the price cap rose by 54% in April.

Another sharp increase is expected in October.

But in some other countries, households are paying far less for the cost of heating their homes.

Where are energy bills lower?

Canada and Norway have the lowest household electricity prices among OECD countries with at least five million people, according to the Australian Energy Council.

Both countries are dominated by hydroelectricity plants, a renewable energy source.

Norway obtains almost all of its needs from hydro sources (about 93%).

Canada has another advantage: it has its own gas supplies that it can draw on, giving it more control over prices.

In South Korea, low taxation and government regulation have played a key role in limiting electricity prices despite the costs of importing gas, the second-largest source at 29%. Coal supplies 35%.

The impact of gas and nuclear

Unlike most of these countries, the UK is forced to import large amounts of gas, which is its largest electricity source.

Luke Murphy, associate director for energy and climate at the IPPR think tank, says the higher the proportion of gas, the higher the costs are likely to be.

Among the 31 OECD countries above, the UK ranks sixth in its dependence on gas.

“Had we had a higher proportion of renewables in our energy mix, there’s no doubt that consumers would have lower bills,” Mr Murphy tells Sky News.

He says increased investment in nuclear energy is “not going to bring down bills any time soon”, referring to the UK government’s proposal to build eight more nuclear reactors.

“Nuclear power is actually one of the most expensive energy sources,” he says. “Nuclear projects in the UK have been beset by delays and cost overruns.”

“A greater focus on onshore wind, for example, would make a much quicker contribution to lowering bills, because it takes much less time to get onshore wind up and running than it does a nuclear power station,” he adds.

The role of renewables

Jonathan Marshall, senior economist at the Resolution Foundation think tank, agrees, saying there is greater potential to increase the use of wind and solar power to drive down wholesale costs.

He tells Sky News the geography of the UK, which has fewer lakes and mountains than other countries, makes it less suitable for hydroelectricity on a very large scale.

But there is some “scope for growth”, he says, in using pumped hydroelectricity – which is already being generated through the use of large reservoirs in Scotland and Wales.

Ministers have expressed concerns that onshore wind is unpopular with the public – but Mr Marshall says “there’s not really any evidence for that”.

“Loads and loads of polling shows that people actually quite like wind turbines,” he says.

Turbines in the sea benefit from greater amounts of wind and fewer restrictions on how large they can be, which results in more electricity being generated, he says.

However, offshore wind is significantly more expensive than onshore wind and takes longer to build, according to the National Grid.

In its energy strategy, the government said it would consider developing more onshore wind infrastructure but refused to change planning restrictions or set new targets. It is aiming for a fivefold increase in solar capacity by 2035.

The influence of carbon levies

Mr Marshall says another problem with the UK’s reliance on gas is that its cost is pushed up by carbon levies.

The UK has a carbon emissions trading scheme that it set up after leaving a similar system in the EU, which also affects the cost of coal.

To incentivise firms to reduce their emissions, the government sets a cap on their maximum level and creates allowances for each unit of emissions allowed under the cap.

Those who need more allowances are forced to pay for them.

The system is different in Northern Ireland, where electricity generators are still part of the EU’s trading scheme.

In addition to this, England, Scotland and Wales have a domestic carbon tax, known as the Carbon Price Support, which was introduced in 2013.

“That makes wholesale electricity more expensive in the UK than it does elsewhere,” Mr Marshall says – but it is also one of the reasons the UK has reduced its reliance on coal power, which made up 40% of the UK’s electricity a decade ago.

In terms of the environmental aims of the policies, he says: “This is stuff that works. It just obviously comes at a cost, and that cost ends up feeding through to household bills.”

Read more:
What is the price cap and why will bills rise so sharply?

Additional taxes are tacked on to household bills in England, Wales and Scotland to fund government policies, costing a typical household about £160 a year, Mr Marshall says.

Examples include social programmes like the Warm Homes Discount, which gives lower income households £140 off their bills in the winter.

Another is the Energy Companies Obligation, a scheme to insulate homes for people on lower incomes, as well as replace boilers and old inefficient heating.

“Some other countries have decided to fund the social programmes through general taxation rather than through bills, because it’s generally fairer,” he says.

Most of the policy costs are levied on each unit of energy used.

He says those who use more energy will pay more but even still, lower income households are hit worse than they would be if these costs were funded through taxation.

Another part of what determines energy bills is the cost of the networks – the pipes, wires and grid.

Mr Marshall says Britain has a privatised energy network, while in some other countries the network infrastructure is owned by state entities that “don’t make any money”, leading to lower costs.

“The companies that run the grids in the UK make an awful lot of money,” he says. “They can make 30 or 40% profit margins of the cost of running the grid, because there’s a bit of a regulatory oversight.

“The regulator that is supposed to look after the consumer interest in terms of energy bills didn’t do that part of the job very well the last time it set how much money these companies were allowed to make.”

In Northern Ireland, where the governance of energy is almost entirely devolved and there is no price cap, the state owns the electricity transmission and distribution network.

Mr Marshall says some countries have also made an earlier start to paying for network upgrades required to transition away from coal.

Poor insulation does not affect the price of electricity – but it has a huge impact on how much households end up spending to keep their homes warm.

“We have some of the leakiest homes in Europe,” Mr Murphy says. “That’s also leading to higher energy bills. If the government had been better at investing in home insulation over the last decade, we would have warmer homes and we’d be using less energy.”

Mr Marshall says Italian residents can get grants that cover the entire cost of upgrading their homes – plus an extra 10% as an added incentive. The amount paid back over time depends on how much people earn.

Some governments have intervened to limit the costs of bills and provided greater financial support for those who are struggling to pay.

The UK government is offering a £200 rebate on energy bills from this October which would have to be paid back over five years and is available to most people in England, Scotland and Wales. In Northern Ireland, a £200 payment will be made to some people on benefits.

Most households will also get a £150 reduction on their council tax bill this year, which applies to those living in properties in bands A to D.

Read more:
Four simple changes you can make to save £400 on your energy bills

He points out that in Germany the government has rolled out comprehensive measures to shield consumers from rising energy bills.

These include a €300 energy relief allowance for those who pay income tax, a €100 payment to boost child support, €200 for those on benefits, as well as subsidies for lower income households.

In France, where the state owns the main energy provider, the government has directly intervened to limit energy bill increases to 4% this year.

To help pay for support measures, Spain, France and Italy have imposed windfall taxes on the profits of energy companies.

A spokesperson for the Department for Business, Energy and Industrial Strategy said: “High wholesale gas prices are an international issue, based on global supply constraints. This is why our energy security strategy will move the UK away from foreign fossil fuels to ensure we generate more clean, cheap and secure power at home, and reduce our exposure to international gas prices.

“We continue to help people struggling with rising energy costs, with a £22bn package of support, including a £150 council tax rebate this month and a £200 energy bill discount in October.”