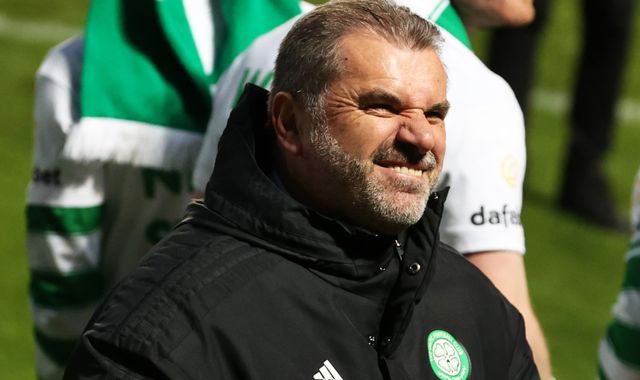 The Hoops clinched their 10th crown in 11 years on Wednesday night with a 1-1 draw against Dundee United at Tannadice, meaning the Parkhead club go straight into the group stage of European football’s elite club competition, where a reported £30-£40million can be earned.

It was a terrifically successful end to the former Australia boss’ first campaign as Celtic boss and he revealed some of the benefits of guaranteed Champions League group participation.

Ahead of Celtic’s final-day clash with Motherwell at Parkhead on Saturday – live on Sky Sports – Postecoglou said: "It is brilliant.

"There were plenty of motivations to win the title this year, not least that we obviously didn’t win it last year. Knowing potentially that the extra carrot was there was a massive motivator.

"I felt it was a great way for us to accelerate our growth as a football club with us being involved at that level and getting exposed to that level: our players, our team, our football club, that is the level we want to be at every year.

"We all know the qualifying process is not straightforward. It affects your pre-season, it affects the time off players have, there are all these ramifications. It affects your recruiting because you just don’t know, are you recruiting for the Champions League or are you not?

Two of Celtic’s long-term servants, Tom Rogic and Nir Bitton, are to leave Parkhead at the end of the season.

With both players set to bow out after Saturday’s title-winning party against Motherwell at Celtic Park, Postecoglou told the club’s official website: "While we are very sad to see both Tom and Nir leave the club, we totally respect their decisions in wanting to seek a different challenge in football, having both played their part in our success for the past decade.

"They have certainly made such a tremendous contribution to Celtic over such a long and successful period for the club and I understand that in their minds the time is right to move on. I am sure they will leave with the sincere best wishes of our supporters having given so much of themselves to Celtic.

"From a personal perspective, as well as being very talented players, both Tom and Nir are top guys who have supported me brilliantly this year, in my first season – and again played a big role in this season’s success. It is fitting that they leave Celtic as champions.

"Of course we will miss them, but we wish both Tom and Nir, and their families, great success in everything they do."