Nasser Hussain: Brendon McCullum and Ben Stokes must challenge each other to improve England’s Test results 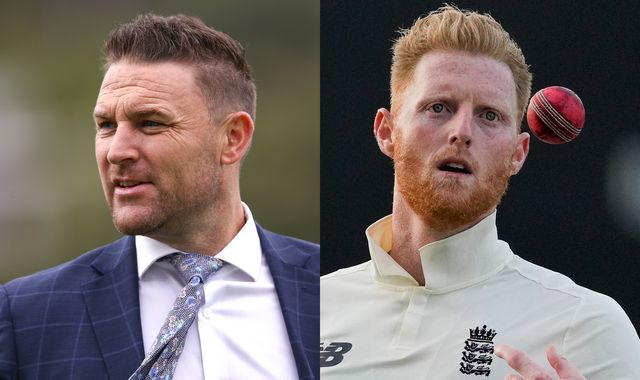 Brendon McCullum’s appointment as England’s new Test head coach is "hugely exciting" but he and skipper Ben Stokes must "challenge each other" to revive England’s Test results, says Nasser Hussain.

McCullum, who has worked predominantly as a white-ball coach, was handed a four-year deal by England men’s managing director Rob Key, as the Test side look to regain some form after a run of 16 defeats in 17 Tests.

Although inexperienced as a red-ball coach, McCullum’s captaincy of New Zealand’s Test side, which led to a complete change of culture for the team from 2013 onwards, will have been a compelling example of leadership to Key, which he will be hoping he emulates now as England’s coach.

It is the second big appointment from Key since he has taken over the managing director role after he chose Stokes as his new Test captain just a few weeks ago, and while the move has come as a shock, Hussain believes it could help the England side as they take on a new direction.

"It’s a little bit left field, I think most people expected maybe a Brendon McCullum type to come into the white-ball team and work with his mate Eoin Morgan and possibly somebody with more experience in red-ball cricket like a Gary Kirsten come in for the Test match format.

"But Rob Key sees it differently, I think both Stokes and McCullum are cut from the same cloth and Key has that sort of idea that he wants a positive captain and positive coach taking the team in a new direction and McCullum definitely fits that bill.

"That captain-coach relationship they do have to sing off the same hymn sheet, they have to both constantly be working together.

"They also have to challenge each other, I’ll be perfectly honest.

"It’s not a case of Stokes and McCullum always agreeing with each other. It’s also how you describe positive cricket really, it’s not wreckless cricket.

"If it is positive and exciting, double bonus. But winning is the most important thing.

"I think it’s hugely exciting, to have Stokes as your captain, McCullum as your coach, it will be a very exciting few months and years ahead."

Watch Brendon McCullum’s first series in charge of England live on Sky Sports, as his side take on New Zealand in three Tests, starting at Lord’s on June 2.