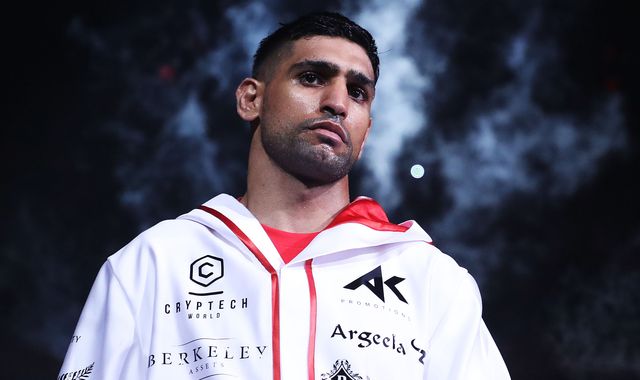 Amir Khan has announced the end of his boxing career as the former world champion admits ‘it’s time to hang up my gloves’ after defeat by Kell Brook.

The 35-year-old former world champion, who suffered a stoppage loss to Brook in February, has confirmed his retirement in a message on social media.

He said on Twitter: "It’s time to hang up my gloves. I feel blessed to have had such an amazing career that has spanned over 27 years. I want to say a heartfelt thanks and to the incredible teams I have worked with and to my family, friends and fans for the love and support they have shown me."

The Bolton fighter had launched his pro career in 2005 after winning an Olympic silver medal at the 2004 Athens Games.

Khan became a world champion in July 2009, defeating Andriy Kotelnik on points to secure the WBA super-lightweight title, and he then stopped Zab Judah to add the IBF belt two years later.

A hotly disputed points loss to Lamont Peterson ended Khan’s world title reign, and he was halted by Danny Garcia while attempting to win the WBC and WBA belts in his next fight.

Khan made an audacious move up to middleweight to challenge Canelo for the WBC belt, suffering a sixth-round knockout loss in May 2016 and was stopped by Crawford in the sixth round of their WBO title fight in April 2019.

He eventually shared the ring with Brook in February, embracing his rival in the ring after their feud was finally ended.

Enjoy this weekend’s BOXXER series action in a new and different way via our groundbreaking vertical format on the Sky Sports App.

From 7pm on Saturday night, you can watch the exciting cruiserweight tournament via a FREE vertical stream fully optimised to viewing on a mobile device – and you do not have to be a Sky customer to enjoy the action.

Go to the Sky Sports App from 7pm on Saturday to enjoy the action. Not got the app? Download it for free now:

Traditionally, sport has been broadcast in a 16:9 landscape ratio, but the 9:16 stream on the Sky Sports App will mean viewers can watch the boxing event in portrait mode.

Watch The BOXXER Series, a dramatic one-night tournament, in vertical format from 7pm on Saturday May 14.