Tom Parker: The Wanted bandmates pay tribute to ‘funny, driven and inspiring’ friend and share video of final performance together 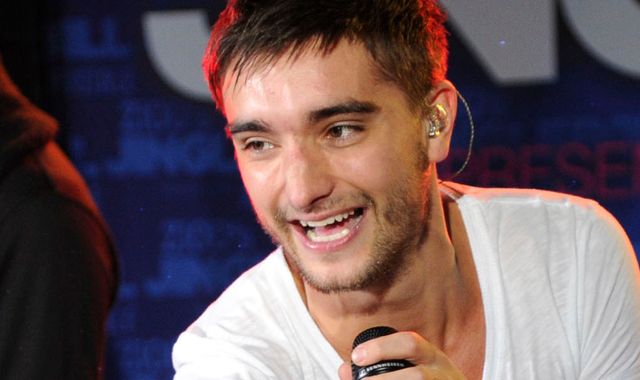 Members of The Wanted have been paying tribute to their “funny, driven and inspiring” bandmate Tom Parker after his death at the age of 33.

The father-of-two died on Wednesday surrounded by his family and bandmates after battling an aggressive brain tumour for 18 months.

There have been tributes from across the music industry, including The Wanted’s Nathan Sykes who said “our lives will never be the same” as he thanked his friend for “bringing light to the world”.

Posting on Instagram on Thursday, Sykes said: “I can’t begin to express how I feel right now.

“Tom was the most passionate, funny, driven and inspiring person you could wish to meet and I’m so grateful that I was given the honour of being a part of his journey, and even more grateful I can call him my friend as well as one of four brothers.”

‘So much joy in one place’ in video of final performance

He also shared a video of the band’s last performance together, taken in Liverpool just two weeks before Parker’s death.

The group – Parker, Sykes, Max George, Siva Kaneswaran and Jay McGuiness – are seen rising on to the stage and performing their 2012 song Gold Forever.

Sykes, 28, said he hoped it might bring “comfort in seeing so much joy in one place”.

Read more: The pop star who used his final months to help others

He wrote: “Hey Tom, hope you’re having a blast up there. I am so grateful that I had a chance to witness your true courage. It has been a pleasure of my life Tommy Boy.

“Thank you for letting us see you light up the world. Talk to you soon and see you later. Love you brother.”

Kaneswaran also shared a video on social media, showing the band hugging on stage with the words: “We’ll always be there for you brother”.

Ed Sheeran, former One Direction star Liam Payne and boyband Blue were also among those paying tribute from the world of music.

Parker first spoke of his terminal brain tumour diagnosis in October 2020 and had gone through chemotherapy and radiotherapy.

The 33-year-old was one of five members of the British-Irish boyband, known for hits such as party track Glad You Came.

The group have sold more than 12 million records worldwide, with 10 top 10 UK singles.

“Our hearts are broken, Tom was the centre of our world and we can’t imagine life without his infectious smile and energetic presence,” his wife Kelsey Parker said on Instagram on Wednesday.

“We are truly thankful for the outpouring of love and support and ask that we all unite to ensure Tom’s light continues to shine for his beautiful children.”

The couple had been married since 2018 and welcomed their son, Bodhi, in October last year. Their daughter, Aurelia Rose, was born in 2019