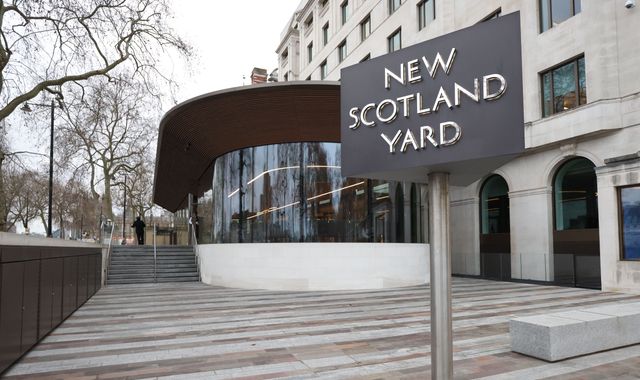 A suspended Metropolitan Police officer will appear in court charged with voyeurism and making an indecent image of a child.

Police said PC Swaleh Chaudhry is charged with one count of voyeurism, one count of possession of extreme pornography and three counts of making an indecent image of a child.

The officer, who has been suspended, was arrested at an address in Wandsworth in south London on Wednesday.

Scotland Yard said he will appear in custody at Wimbledon magistrates’ court today.

Chaudhry, who is attached to the Met Taskforce, was off duty at the time of his arrest.

Read more:
Met under ‘scrutiny’ over strip-searching teenager on period

The Met’s directorate of professional standards is aware and a referral has been made to the Independent Office for Police Conduct, the police watchdog.