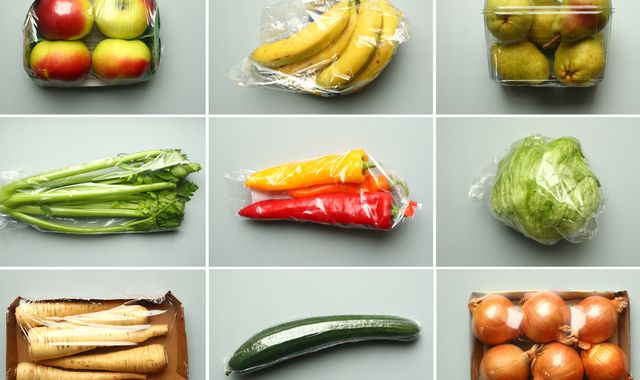 People are being encouraged to count how much plastic packaging they throw away in a week.

Greenpeace and non-profit organisation Everyday Plastic are running the campaign to highlight how much plastic waste UK homes throw out and to put pressure on the government and retailers to fix the issue.

Individuals, families, schools, community groups and businesses are being urged to count their plastic packaging waste from 16-22 May.

They will also be asked to record the different types they throw away and enter the information in a survey on the campaign’s website.

A national picture of plastic waste

The data will contribute to a national picture of how much plastic packaging is being thrown away and how much is recycled.

It comes as polling of 1,780 people by YouGov for Greenpeace UK found more than four in five (81%) of respondents want to see the government introduce targets to reduce plastic waste.

The poll also showed more than three-quarters (77%) of people recycle plastic products to reduce waste, but 75% do not know what happens to their recycling.

Everyday Plastic founder and director Daniel Webb collected every piece of his plastic waste for a year and worked with a scientific researcher to develop a methodology to calculate his personal plastic footprint.

Taking part in the survey will give participants a footprint of what they are throwing away and how much of their plastic waste will be recycled, landfilled, incinerated or exported.

Mr Webb said: “Having counted my plastic waste for an entire year, I know exactly how powerful this investigation can be in helping to understand the true extent of the plastic problem.

“The Big Plastic Count is a simple yet impactful way to discover your household plastic footprint, whilst contributing vital evidence to push the government for long overdue change.”

In 2018 the UK generated 5.2 million tonnes of plastic waste, enough to fill Wembley Stadium six times, according to Greenpeace.

Organisers hope the results of the Big Plastic Count will push the government to bring in stricter policies to reduce plastic waste, including setting a target to reduce the UK’s single-use plastic by 50% by 2025.

They are also calling for a ban on all plastic waste exports and the implementation of a deposit return scheme (DPS) for recycling and reusing all drinks containers.

Greenpeace UK plastics campaigner Maja Darlington said: “The vast majority of us try to play our part in tackling the plague of plastic waste but without government policies that actually reduce packaging and improve recycling – rather than burning, burying or bundling it off to pollute other countries – we’ll continue to fight a losing battle.”

The Big Plastic Count is backed by environmentalist and TV presenter Chris Packham, who said: “It’s ridiculous that we’re still swamped with plastic waste when it makes so many of us furious. The natural world can’t cope.

“We need to find out what’s really happening to plastic that’s supposedly recycled. I’ll be joining the Big Plastic Count and I’d urge you to do it too.”