Could Rihanna’s charm bracelet reveal her baby’s due date? 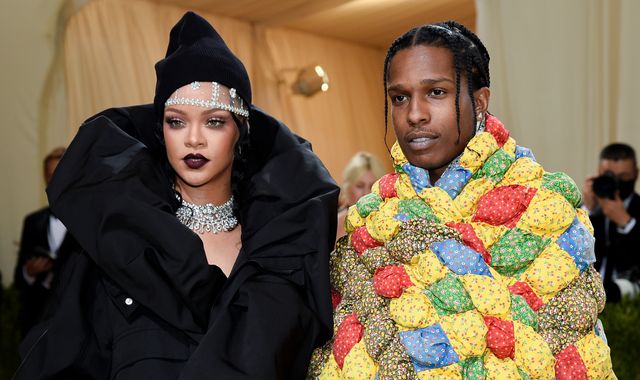 Fans of Rihanna may be one step closer to discovering her baby’s due date, thanks to an item of jewellery bought for her by her boyfriend A$AP Rocky.

The 33-year-old rapper purchased the gold charm bracelet from the Annoushka concession stand at Liberty London, ahead of Rihanna’s 34th birthday.

He bought ten charms to go with it, including a locket adorned with an emerald, the May birthstone.

Rihanna was born in March, while A$AP Rocky was born in October, so it seems likely the charm could be referencing the birthstone of their future child together.

Other charms the father-to-be chose for the gift, included tulips to represent new life, a mermaid to represent fertility and a compass to signify luck.

Rihanna announced her pregnancy on social media at the start of February, sharing pictures of her growing bump with her 125 million followers.

Earlier this month she told Elle magazine she was in her third trimester.

Rihanna recently sparked engagement rumours after she was pictured wearing a chunky diamond ring on her engagement finger, however she told reporters it was one she had worn before.

The last year has been eventful – and extremely successful – for Rihanna.

In August, she was officially declared a billionaire by Forbes, and the prime minister of Barbados hailed her as a national hero in November.