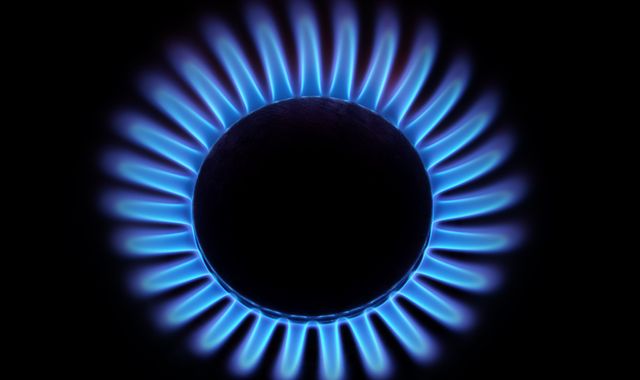 Household energy bills are likely to rise even higher this autumn as the war in Ukraine deepens the gas crisis, the boss of one of the UK’s largest energy companies has told Sky News.

Greg Jackson, founder and chief executive of Octopus, which has more than two million direct customers, said volatility in wholesale gas prices has been exacerbated by the Russian invasion of Ukraine, and UK customers were “stuck” with high prices for the foreseeable future.

Speaking as the domestic energy price cap increases by almost £700 for millions of families, Mr Jackson said the government will have to offer more support to struggling customers in the coming year.

“The price keeps going up because we had a global energy crisis, exacerbated by the terrible war in Ukraine, and in the short term, the UK is stuck with these energy prices,” he said.

“Wholesale markets are incredibly volatile and we can’t predict where they’re going to go, but if they stay where they are we will see prices go up again in winter,” he added. “I really hope that over the summer the government watches the situation and is ready to step in with more support for customers if that stays the case.”

The price cap increase, which takes bills for typical annual usage from £1,277 to £1,971, is expected to push around 2 million households into fuel poverty, leaving them with residual income below the poverty line after energy costs.

In response the government has offered a £150 Council Tax rebate to households in Band D or below, and a £200 repayable loan to all bill payers in October.

Both measures could be dwarfed by a further £500 increase forecast when the price cap is reviewed in August.

Mr Jackson said state support may have to increase.

“The cost of living crisis is a real issue and [government] will be looking at it alongside all the other issues. But I do hope that they recognise the impact these energy bills are going to have on people means that additional support could be provided when appropriate.”

The current price cap rise was prompted by rises in global wholesale energy markets that pre-date the Russian invasion of Ukraine and have become more volatile since.

Mr Jackson said energy companies are providing support to the most vulnerable customers, and that Octopus will not make a profit from its energy supply business despite rising prices.

To avoid future energy crises however the UK will have to reduce its reliance on hydrocarbons and focus on renewable sources of power.

“The way our energy system works is that if we’re not buying Russian gas it will be diverted somewhere else”, he said. “What we need to do as a society is start to wean ourselves off gas altogether.”

He said: “This isn’t the first energy crisis. I grew up in the 1970s and we’ve seen them pretty much every decade since. The great opportunity we have today is that we finally have an alternative. Renewable electricity allows us to have cheap energy – in fact it gets cheaper every year – that’s closer to home.

“So certainly, if in the short term we need to find more sources of gas from the North Sea or wherever, what we need to invest in for the medium and long-term future is dramatically more electrification through renewables.”

Octopus is building onshore wind farms on sites across Europe and the UK, but the pace of development has been stalled by the removal of subsidies and changes to planning laws introduced by the Conservative government in 2015.

Onshore wind is the cheapest, fastest way of bringing new renewable energy on-stream, and ministers are coming under pressure to ease restrictions despite concern it could cost votes in traditional Tory constituencies.

The latest survey of public attitudes by the Department of Business, Energy and Industrial Strategy published this week found 80% of respondents support onshore wind, with just 4% opposed.

Mr Jackson said attitudes have been transformed in the last decade as the cost of wind power has come down, and local communities are in favour if they get cheaper energy as a result.

“Where communities want to have cheap energy that’s reliable nearby they should be allowed to do so,” he said.

“We have got something called Fan Club where people who live close enough to see the blades turning get half-price electricity when it’s windy.

“Within months that’s generated over 1,000 inquiries from other communities to say ‘can we be part of it’? In fact, we now have over 10,000 people who have written to us asking will we consider building one near them.”