Tom Parker: The Wanted star showed ‘true courage’ as he used final months to campaign for others with cancer 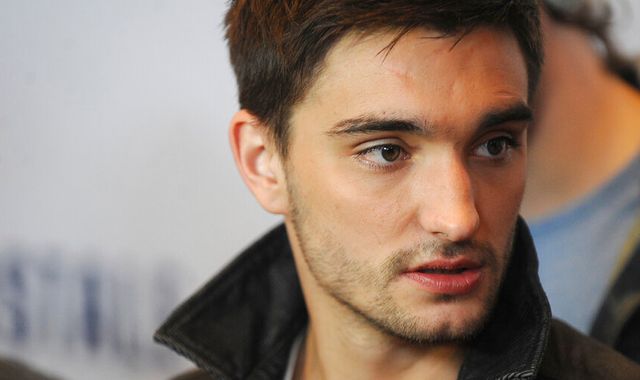 Just six months ago, Tom Parker and his The Wanted bandmates announced the group’s comeback, playing a charity gig to raise funds for research into brain tumours.

After revealing his own terminal diagnosis less than 12 months earlier, the star seemed upbeat as the group reunited after seven years, telling Sky News at the time that he was feeling "pretty good, surprisingly".

Parker shared constant updates on his condition and treatment with fans on social media, letting the world into his times with the band and his home life with his wife Kelsey and their young children. The couple sometimes used the hashtag #positiveparkers to show how they were facing his illness together.

Following his death at 33, he will now be remembered not only for his achievements with The Wanted, but also as a campaigner who worked during the most difficult time of his life to help raise funds for research and help others who might also be suffering.

Parker was born in Bolton in 1988 and initially tried to break into the music industry by auditioning for X Factor as a teenager. When his music career didn’t initially take off, he went on to study geography at university – but eventually left to give his dream of becoming a professional singer another shot.

He spent time in a Take That tribute band before joining British-Irish boy band The Wanted, alongside Max George, Jay McGuinness, Siva Kaneswaran and Nathan Sykes. Formed in 2009, they released their debut album the following year. Their debut single, All Time Low, charted at number one in the UK.

In the years that followed, The Wanted went on to release 15 singles and two further albums, before announcing they were taking a break in 2014.

Parker continued working in the music industry and also took part in TV shows such as Celebrity Masterchef in 2015, and reality winter sports show The Jump in 2016, alongside the late Girls Aloud star Sarah Harding, as well as theatre roles – playing Danny Zuko in a touring production of Grease.

He announced his diagnosis in October 2020, saying that he was receiving treatment for a grade four glioblastoma – an aggressive cancer that can occur in the brain or spinal cord – and that he had been told it was inoperable.

However, in the months that followed he updated fans with positive news, saying in January 2021 that there had been a "significant reduction" in the size of the growth. In November 2021, he told fans the tumour had been brought under control.

At around the same time, The Wanted released a greatest hits album and played a handful of UK shows.

Just a few months later, his bandmates are paying tribute to their friend.

"Hey Tom, hope you’re having a blast up there," wrote Kaneswaran on Instagram. "I am so grateful that I had a chance to witness your true courage."

The singer’s wife, Kelsey Parker, described him as "the centre of our world" and said she could not imagine life "without his infectious smile and energetic presence".

Dozens of figures from the entertainment industry joined the tributes, as did Hugh Adams from the Brain Tumour Research charity.

He praised Parker for helping to raise awareness of the illness and said he would be remembered for his "passion, intelligence, eloquence and determination in the face of such adversity".

Parker leaves behind Kelsey and their two children, Aurelia Rose, born in 2019, and Bodhi, who was born just a few months ago in October last year, as Parker was being treated.

In the last few months of his life, he had used his platform to call for better treatment for those suffering from brain illnesses, and told an all-parliamentary group in December that he was "staggered" that the COVID vaccine had been developed so quickly "but, for decades on end, they haven’t found better treatments let alone a cure for brain tumours."

Despite his frustrations, he kept going.

"We’re doing all we can to try and beat this disease but there’s no guarantees with it," he told Sky News in September. [I’m] just doing what I can, raising awareness."