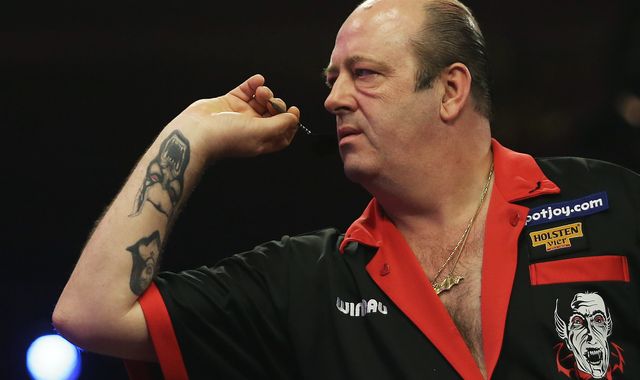 Cheshire Police said the charge related to an alleged assault of a woman in the county in September 2021.

A police spokesman said: “The Crown Prosecution Service has authorised Cheshire Constabulary to charge Edward Hankey with the sexual assault of a woman.

“The CPS made the decision to charge the 54-year-old after reviewing a file of evidence from Cheshire Constabulary.”

Hankey, of Berry Hill, Stoke-on-Trent, has been released on bail and will appear at Warrington Magistrates’ Court on 6 April.

The darts player, whose nickname is “The Count”, won the BDO championship in 2000 and 2009 but his career faded away in recent years.

His last appearance in the now-defunct tournament was 2016, and in December 2021 he announced he was withdrawing from the World Seniors Darts Championship, held in February.