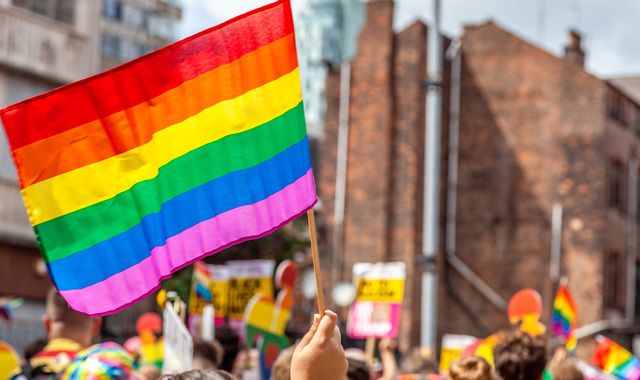 The government has dropped plans to introduce a new law to ban conversion therapy.

The briefing warns there will be a “noisy backlash from LGBT groups and some parliamentarians when we announce we do not intend to proceed” – and says the LGBT sector will see it “as a signal the government is uninterested in LGBT issues”.

It recommended announcing the U-turn as part of this year’s Queen’s Speech in early May to reduce “the risk of looking like we have singled out an LGBT issue”.

In the briefing, it advised that Mr Freer and the PM’s Special Envoy on LGBT issues, Lord Herbert, may resign.

In the Queen’s Speech last May, the government promised to bring forward legislation to ban conversion therapy.

It said: “We will ban conversion therapy to prevent these abhorrent practices which can cause mental and physical harm.

There has been outrage over the U-turn, including from actor Stephen Fry.

Conservative MPs have also expressed their anger, with Alicia Kearns, MP for Rutland and Melton, saying she “stood for election to ban conversion therapy”.

But some on the right of the Conservative Party have campaigned against banning conversion therapy as they argue it could mean children who are questioning their gender could transition without parents allowed to question their decision.

Share
Facebook
Twitter
Pinterest
WhatsApp
Previous articleCost of living: From stockpiling food to cutting back on laundry – how rising costs are impacting children
Next articleGovernment U-turns on plan to ban conversion therapy just a day after recommitting to it