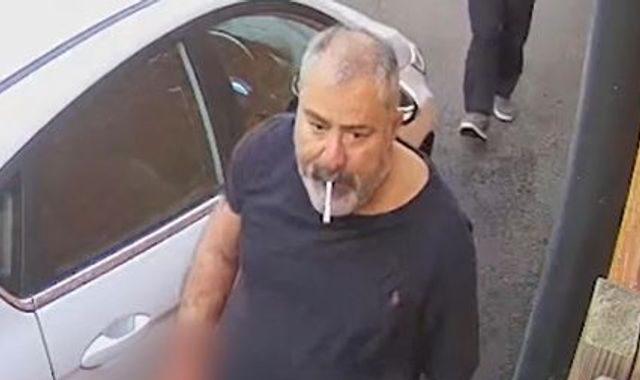 A man on trial for allegedly murdering his neighbour said his childhood teddy bear “told him to kill”, but an expert has said he is “sceptical” of his claim.

Can Arslan, 52, fatally stabbed father-of-three Matthew Boorman 27 times on his front lawn last October, before forcing his way into the home of a second man, Peter Marsden, and knifing him eight times, a court has heard.

Arslan was about to be evicted from his property on Snowdonia Road, Walton Cardiff, near Tewkesbury, Gloucestershire, after allegedly subjecting his neighbours to years of verbal abuse and threats.

He first told police “the voice said to me to ‘kill him'” at around 7.30pm, after the attack took place, and later said the voice belonged to his childhood teddy bear, Bristol Crown Court was told.

Arslan denies the murder of Mr Boorman on the grounds of diminished responsibility.

He has admitted the attempted murder of Mr Marsden, and causing grievous bodily harm to Sarah Boorman, Mr Boorman’s wife, whom he sliced in the leg when she tried to pull him off her husband.

He also admits a charge of affray.

But Dr John Sandford, a forensic psychologist, told jurors in such cases, “you have to have a degree of scepticism”.

Ordinarily, the voices would fit in to the pattern of someone’s delusional beliefs, the witness said.

But Mr Sandford said he did not consider Arslan to be mentally ill and didn’t need to be in hospital.

The defendant, he said, had a personality disorder, which he described as applying to people with “a personality outside of the normal range”.

“Sometimes you can help them,” Dr Sandford said, “but in some cases you can’t because that is just what they are, it’s their character”.

He explained that people suffering a psychotic episode or prolonged mental illness find it hard to differentiate between the person talking to them in real life and the voice in their head.

Arslan, the psychiatrist said, believed the UK was racist, the police corrupt and his neighbours had been unfair to him, and that they were persecuting him.

Dr Sandford said: “There is nothing to suggest that this man is mentally ill or disordered in some way, he is doing a series of purposeful acts that are goal directed, his goal is to kill Mr Boorman, and attempt to kill his other neighbour – it is quite clear how he is going about that.

Arslan’s legal team argue that personality disorder is in itself “an abnormality of mental function” and provides him with a defence to murder.