Beckhams’ mansion broken into while David and Victoria were at home with Harper, according to reports 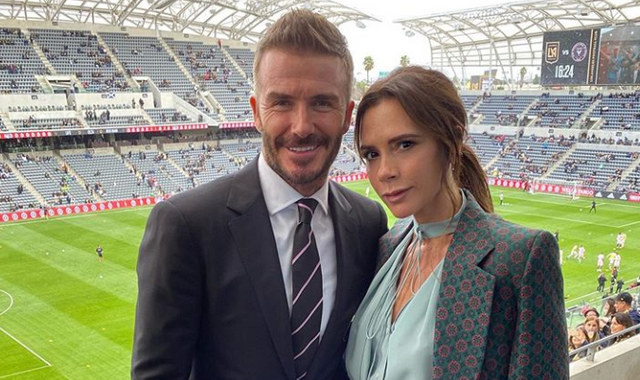 The multi-million pound home of David and Victoria Beckham was broken into and raided while they were in an upstairs bedroom unaware, according to reports.

The couple and daughter Harper, 10, were reportedly unaware a thief had broken into their house in Holland Park, West London.

The burglary was only discovered by their son, Cruz, when he returned from a night out with friends.

He spotted a spare bedroom had been ransacked, with glass from the broken window lying on the floor, according to The Sun.

Beckham and Cruz searched the house for the intruder while waiting for police to arrive.

The Metropolitan Police confirmed they were called to the property at 00:37am on 1 March and believed the theft had taken place between 8.30pm and 11.30pm.

No arrests have been made and enquiries continue, the force said.

A source told The Sun: “Sadly the Beckham’s were the victims of some fairly professional thieves who have been operating in the area.

“Fortunately the criminals only made it as far as one bedroom before they ran off.”

Security at the house is “very good, both physically and technically”, the source said.

None of the items that were stolen – believed to be thousands of pounds of designer and electric goods – were of sentimental value.

The break in reportedly took place weeks before the wedding of their eldest child, Brooklyn, to billionaire’s daughter and actress Nicola Peltz.