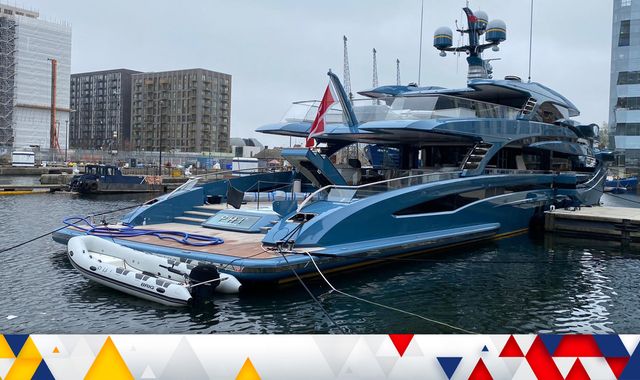 The government has targeted the “luxury toys” of sanctioned Russian oligarchs with new powers banning maintenance of their superyachts and private planes in the UK.

The Foreign Office announced new legal powers that ban Russian oligarchs from using “UK aviation and maritime technical services” as ministers extend restrictions on those with close ties to Vladimir Putin over his war in Ukraine.

The measures were unveiled the day after the UK seized its first superyacht belonging to a Russian businessman linked to Mr Putin.

They also restrict the ability of sanctioned oligarchs to hire British staff and crew who work on their yachts or planes.

The Foreign Office said the measures would stop oligarchs “benefiting from the UK’s world leading aviation and maritime industries and engineers”.

Mr Shvidler, a billionaire oil tycoon and Roman Abramovich’s long-standing business partner, had two jets seized that had been under investigation at Farnborough and Biggin Hill airports for three weeks.

Mr Tinkov, a billionaire banker, is said to have had his jets seized after they were deregistered by the Isle of Man.

Further sanctions on Donetsk and Luhansk

The Foreign Office also announced sanctions imposed on finance, trade and shipping in relation to Crimea were being extended to separatist-controlled areas of Ukraine’s Donetsk and Luhansk regions.

Mr Putin announced that he recognised the two breakaway regions as independent states in the days before the invasion of Ukraine five weeks ago.

Foreign Secretary Liz Truss said: “There is no doubt that Putin and his elite have been surprised by the strength of our sanctions.

“We will continue to ramp up the pressure so long as Russian troops are in Ukraine, targeting not only the businesses of oligarchs but also their assets and international lifestyles.

“Tough sanctions will help Ukraine get the best possible peace settlement and ultimately ensure Putin’s invasion fails. That is our focus.”

On Tuesday, the UK seized its first superyacht – a £38 million, 58.5-metre long boat called Phi with a swimming pool and “infinite wine cellar” that features a mirrored bottom.

Docked in London’s Canary Wharf, Phi is owned by a Russian businessman the government did not name but described as “deliberately well hidden”. He has not been sanctioned but has close ties with Mr Putin, Mr Shapps said.

The UK has sanctioned more than £150 billion of net worth from oligarchs and their family members since Russia invaded Ukraine on 24 February, and sanctioned banks with £500bn of global asset value.