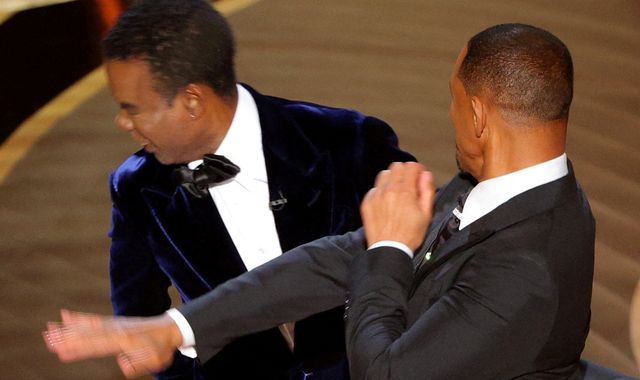 OJ Simpson has said he thinks Will Smith went too far with his outburst at Sunday’s Academy Awards ceremony, as he becomes the latest big name to weigh in on the dramatic event.

The incident has since dominated Oscars headlines, with the Academy on Monday announcing it had launched a formal review.

Simpson tweeted that Smith, 53, was "wrong" but that he understood the sentiment, having been the subject of comedian routines in the past.

The controversial former NFL player also claimed that if he had done the same as Smith, he would have been given life in prison.

Simpson was acquitted of the murder of his former wife Nicole Brown Simpson and her friend in 1995 and was represented at the trial by Kim Kardashian’s father, Robert Kardashian.

During the ceremony, Chris Rock made a joke about Smith’s wife Jada Pinkett Smith’s shaved head, prompting the actress to roll her eyes and her husband’s outburst on stage.

The Fresh Prince Of Bel-Air star has apologised for his "unacceptable and inexcusable" actions, while Pinkett Smith welcomed a "season for healing" in an Instagram post.

But neither statements have stopped outrage and reaction online.

Actor Jim Carrey said he was "sickened" by what he saw and that Smith "should have been arrested".

The US ticket seller said sales increased by more than 25 times in the 48 hours since the incident.

The comedian is yet to publicly comment on the Oscar slap and his Ego Death World Tour is due to start on 2 April.

At the awards, Smith won the best actor gong for his role in the biopic King Richard.

The organisers of the Oscars have said they "condemn" Smith’s attack on Rock and will "explore further action and consequences in accordance with our Bylaws, Standards of Conduct and California law".

The Los Angeles Police Department (LAPD) said no report had been filed after the incident.