Millions of Brits would struggle to live in cashless society, new study claims 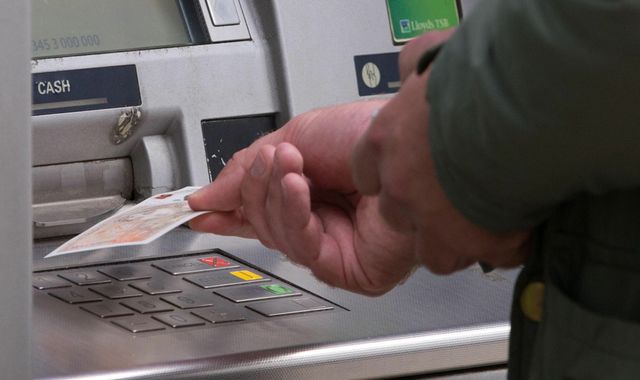 More than 10 million Brits would struggle to live in a cashless society, a new report has claimed, while forcing people on to digital could lead to a loss of control over finances and spiralling debts.

The report, commissioned by ATM network Link, argues that an unmanaged transition towards a cashless society could have major consequences for many in society, including leading to loss of control over finances and spiralling debts.

While more people are using online payments and banking now than in 2019, the group of people that say they would feel left behind in a cashless society remains almost identical.

The study from the Royal Society of Arts (RSA) found that rural communities and vulnerable citizens could become unable to access cash, while a completely cashless society could lead to increased isolation and reduced human connection.

“For millions of people, their relationship with cash is critical to the way they manage their weekly budget,” said Mark Hall, the report’s author.

“Despite online banking and shopping becoming more common,” he added, “our research shows the percentage of the population wholly reliant on cash is unchanged.”

Not everyone is against moving to a cashless society, however. The RSA found that those most enthusiastic about moving away from cash were the most economically secure group, with 85% of respondents ranking themselves as having high or medium economic security.

For many that prefer cash, however, the driving force was the ease with which they could budget.

More than a quarter of the population use cash for budgeting, and for the three segments with lower economic security of respondents to the study, one of the most cited benefits of cash was that it was easier to understand the limits of hard currency.

“I’ve ended up with over £35k debt and that was all on credit cards with money I didn’t have. It’s now a huge chunk of my salary each month paying it off,” said one anonymous respondent.

“I prefer cash as you know what you have, and you can’t spend what you don’t have.”