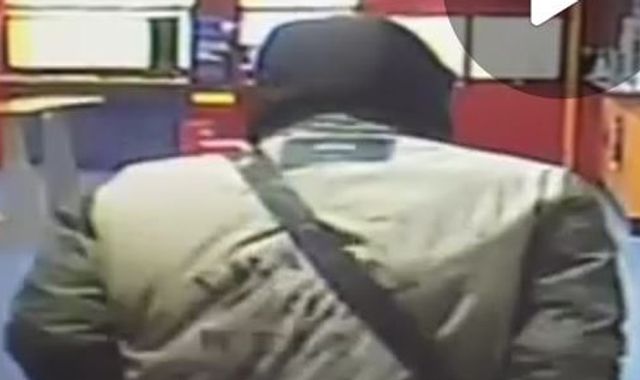 Three shop workers were sprayed with a noxious substance in two separate attacks in south London, police have said.

Two people working at a bookmakers were targeted and sustained minor injuries while a third person, a post office worker, was sprayed in the face in the “frightening” incidents.

The first attack took place on 17 December at around 8.50pm at a bookmakers in Randlesdown Road, Lewisham.

A man wearing a balaclava over his face entered the shop and approached two members of staff at the counter and said: “Do you have any games?”

He repeated the phrase after the workers asked him what he meant.

The members of staff then proceeded to lock the staff entrance in fear of attack.

The man subsequently squirted a clear noxious liquid at them through the gaps and over the top of the security screens before leaving the premises.

Police said the liquid was contained in a 500ml sized water bottle and hit both victims.

Minutes later, at 8.54pm, the same man entered the Post Office on the same road.

Police said he jumped over the counter behind the till area where a staff member was sitting and used the same bottle of noxious fluid to spray the victim’s face.

He then fled the premises and turned right down Brookehowse Road, heading south.

The suspect was described by police as a black male, 5ft 8in and spoke quietly with an English accent. He was wearing a khaki jacket, black trousers and white trainers on the day of the attacks.

Police say they realise the CCTV images of the suspect are not clear, but hope that someone may still be able to put a name to him.

Detective Constable Nathan Burrows said: “Fortunately, the injuries inflicted by this man were minor and had no lasting effects. However, the violent nature of the assaults and the disregard for public safety is of real concern and this man needs to be found.

“I fully appreciate the appeal images are not very good, but I hope that someone still might be able to put a name to this person. These were frightening attacks, with no obvious motive and I would ask anyone with any information to contact police.”

Any witnesses or anyone with any information is asked to call police on 101 or via Twitter @MetCC. Please quote reference CAD 7156/07Dec21.