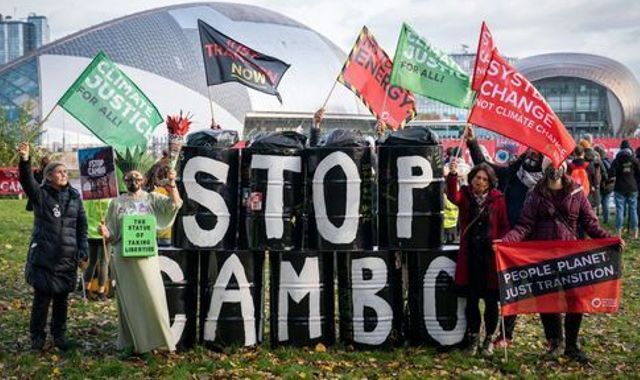 The licence for the controversial Cambo oil and gas field in the UK’s North Sea has been extended for a further two years.

The field, which is co-owned by Shell and Siccar Point Energy, attracted significant opposition from campaigners while the government regulator considered whether or not to grant a final permit to drill last year.

In December 2021 Shell backed away from the project before any decision was made, citing the potential for delays and a weak economic case for investment.

Since then, the scramble to get off Russian fossil fuels due to the Ukraine war has changed the landscape for the oil and gas industry, and the UK government has signalled that backing domestic extraction will be a part of a new energy security supply strategy.

In a statement, a Shell spokesperson told Sky News: “The North Sea Transition Authority has awarded Siccar Point Energy and Shell UK an extension to the underlying licences containing the Cambo field which were due to expire tomorrow (31 March 2022).

“At this time there is no change to our position of December 2021, but the extension to the licences will allow time to evaluate all potential future options for the project.”

The UK gets just 5-6% of its gas imports from Russia, according to analysis of government data by think tank ECIU. Much of Britain’s gas comes from the North Sea and Norway.

Any gas newly extracted domestically would belong to the company who produced them, and be sold on international markets to the highest bidder.

In February the government’s independent advisors the Climate Change Committee said it expected increased North Sea extraction would not “materially affect global oil or gas prices, as the UK energy market is highly connected to international markets and the potential supply relatively small”.