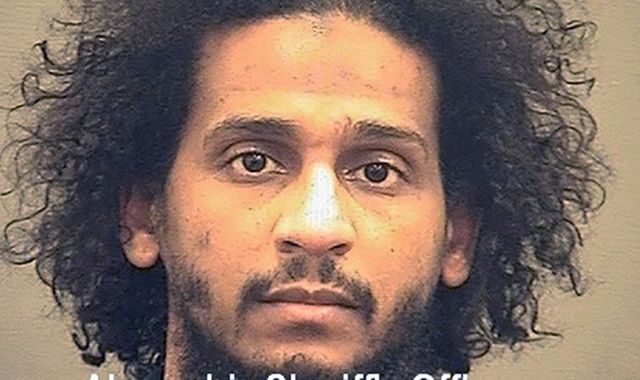 A British-born member of the so-called Islamic State Beatles nicknamed Jihadi George was part of a “brutal hostage taking scheme” where captors “seemed to enjoy” beating detainees, a court in the US has heard.

Prosecutors say El Shafee Elsheikh and two other Britons were “utterly terrifying” and abuse carried out was “unrelenting and unpredictable”.

Elsheikh has gone on trial in the US on charges of hostage-taking and conspiring to murder journalists and aid workers in Syria.

He was accused of being a member of a terror cell which operated in Iraq and Syria, and whose members were nicknamed “the Beatles” for their British accents.

Read more: Who are the Islamic State fighters nicknamed ‘The Beatles’?

The cell garnered international attention after releasing videos of the murders of US journalists James Foley and Steven Sotloff and aid workers Kayla Mueller and Peter Kassig.

Elsheikh was known by his captives not only for his British accent but for his unusual penchant for brutality even within a terrorist group known for its cruelty, the prosecution says.

He is accused of conspiracy to commit murder and lethal hostage-taking. He denies the charges.

He continued: “In a prison called the desert, 26 Western hostages were held. You will hear from some of them.

“All said the three British men who held them were utterly terrifying. The abuse was unrelenting and unpredictable.

“They seemed to enjoy beating the hostages.”

The prosecutor told jurors about how captors ensured one man was beaten 25 times on his 25th birthday.

He added: “They imposed dead legs and put them in stress positions and threatened them with murder.”

The 33-year-old, who was captured in January 2018, appeared in court wearing a pale blue shirt and dark rimmed glasses, with a bushy beard visible beneath a black face mask

Defence lawyer Edward MacMahon told jurors that he would not minimise the violence hostages endured, but rather cast doubt on Elsheikh’s legal responsibility for those acts.

MacMahon said during his remarks that the “Beatles” all shared similar British accents and characteristics, and discrepancies in the testimony of released hostages means Elsheikh cannot be conclusively identified as a member of the terrorist cell.

One member of the group, Alexanda Kotey, who pleaded guilty to the murders of journalists James Foley and Steven Sotloff and aid workers Kayla Mueller and Peter Kassig last year, will be sentenced next month.

Mohammed Emwazi, who was nicknamed Jihadi John, was killed in a drone strike in Syria at the end of 2015.