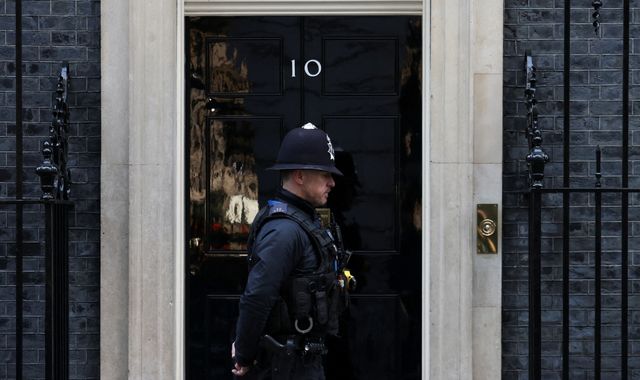 Sir Keir Starmer has clashed with the prime minister and asked why he is yet to resign, after police announced 20 fines over partygate – saying the investigation had found “widespread criminality”.

The Labour leader took Boris Johnson to task over his initial response to the affair, when he denied that rules had been broken.

Scotland Yard said on Tuesday that 20 fixed penalties were to be issued following its investigation into lockdown breaches in Downing Street and Whitehall in 2020 and 2021 – and more could follow.

Speaking at the first session of the weekly Prime Minister’s Questions to be held after the Met’s decision, Sir Keir said of Mr Johnson: “He told the House no rules were broken in Downing Street during lockdown.

“The police have now concluded there was widespread criminality.”

The Labour leader said that according to the ministerial code, ministers who knowingly mislead the House of Commons should resign and asked, “why is he still here?”

Mr Johnson responded by accusing Sir Keir – who he called a “human weathervane” – of changing his mind over whether he ought to quit.

He added: “Of course, the Met, the investigators must get on with their job but in the meantime we are going to get on with our job.”

The PM said that meant focusing on issues such as the cost of living, energy supply and education.

But the Labour leader pressed Mr Johnson further, saying: “Either he’s trashing the ministerial code or he’s claiming he was repeatedly lied to by his own advisers, that he didn’t know what was going on in his own house and his own office.

“He really does think it’s one rule for him and another rule for everyone else, that he can pass off criminality in his office and ask others to follow the law.”

Sir Keir, who also focused during PMQs on the slump in living standards facing UK households over the coming year thanks to surging inflation and rising taxes, asked: “When is he going to stop taking the British public for fools?”

Mr Johnson replied by criticising the Labour leader’s approaches to lockdown and Brexit saying he had “zero consistency on any issue”.

“They want to keep people on benefits, we want to help people into work and that’s what we’re doing in record numbers,” the prime minister said.

“They want to raise taxes, we want to cut taxes – and that’s what we’re doing.”

Mr Raab told Sky News that “there were clearly things that were got wrong” but said the prime minister had since overhauled the Number 10 operation.

He said of the PM’s initial statements that rules had not been breached that he was “telling the House of Commons and the public what he knew to the best of his ability” at the time.