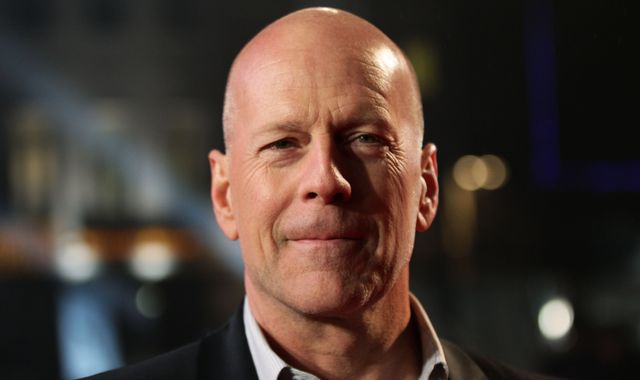 Bruce Willis is retiring from acting because he has a condition that causes difficulties with language or speech, his daughter has said.

Rumer Willis revealed that the Die Hard star, 67, had been diagnosed with aphasia, which she said is "impacting his cognitive abilities".

In an Instagram post, the actress, 33, said: "As a result of this and with much consideration Bruce is stepping away from the career that has meant so much to him."

The message, addressed to "Bruce’s amazing supporters", ended on an upbeat note: "As Bruce always says, ‘Live it up’ and together we plan to do just that."

The statement was signed by the actor’s wife, Emma Heming Willis, 43, his ex-wife Demi Moore, 59, and his five children, Rumer, Scout, Tallulah, Mabel and Evelyn.

The NHS defines aphasia as when "a person has difficulty with their language or speech".

The condition is "usually caused by damage to the left side of the brain (for example, after a stroke)", it says.

It affects "the four main ways people understand and use language", reading, listening, speaking and writing or typing.

Head trauma, brain tumours or infections can also cause aphasia, the National Aphasia Association says on its website.

His first big film role was as John McClane in the smash hit Die Hard in 1988. He went on to star in Pulp Fiction, 12 Monkeys and The Sixth Sense.

Over four decades he has starred in more than 100 films, which have amassed more than $5 billion (£3.8 billion) at the box office worldwide.

He has won one Golden Globe award and two Emmys.

Willis has several films in post-production, including Vendetta, Fortress: Sniper’s Eye and White Elephant. Fortress 3 is in pre-production.

More information on aphasia can be found here