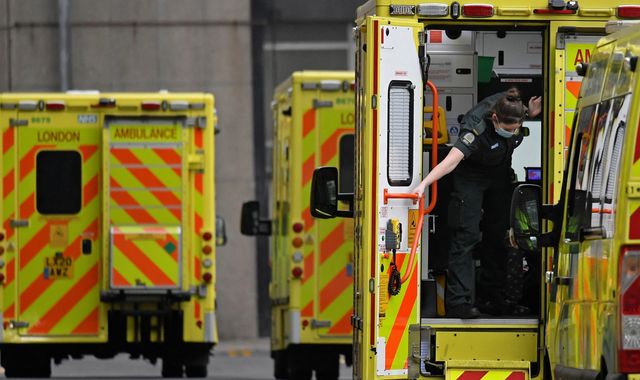 Two children have been seriously injured in separate dog attacks in the West Midlands.

A two-year-old boy is in a critical condition in hospital after he was attacked at a property in Egdon, Worcestershire, on Monday.

It followed an incident on Saturday in Cannock, which saw an eight-year-old boy hospitalised.

In the attack in Egdon, police did not say how many dogs were involved but suggested it was more than one.

The animals have been removed from the property and posed no risk to the public, West Mercia Police said.

The force added the dogs were not thought to be banned breeds.

The boy’s family were taking him to hospital but stopped at Worcester Countryside Centre on advice from the ambulance service, and he was taken to Worcestershire Royal Hospital.

Police said officers would remain at Worcester Countryside Centre and at the address in Egdon “for some time”.

“This is an incredibly sad incident and our thoughts are with the young child and his family,” Chief Inspector Fergus Green said.

In Cannock, a woman was arrested by Staffordshire Police following the dog attack which left the boy with serious facial injuries.

A six-year-old girl and a 35-year-old woman were also hurt and received treatment for arm injuries, the force said.

The boy and girl were taken to Birmingham Children’s Hospital but the woman did not require hospital treatment.

Earlier in March, Bella-Rae Birch died after she was attacked by her family’s dog in St Helens, while Kyra Leanne King also died following an attack in Lincolnshire.