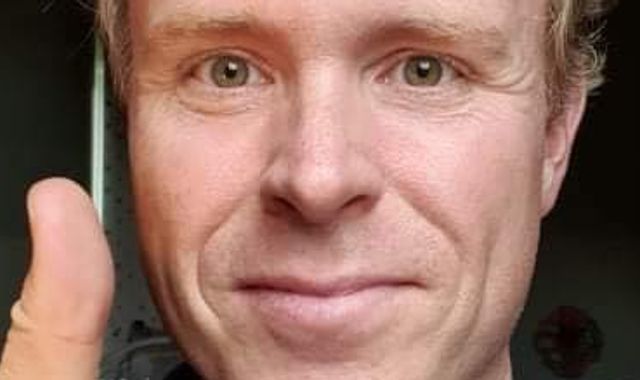 A man sat on top of his neighbour and lit a “triumphant” cigarette after stabbing him to death on his front lawn, a court has heard.

Can Arslan, 52, is accused of murdering Matthew Boorman, a father of three, in Gloucestershire last October.

Arslan had subjected Mr Boorman and other residents of the development they shared to years of threats and was charged with harassment a week before the killing.

At a murder trial at Bristol crown court, the jury heard how he accused Mr Boorman, 43, and other neighbours in the village of Walton Cardiff, Tewkesbury, of trying to get him evicted.

Mr Boorman, a contract manager, had returned from work when Arslan stabbed him, according to his wife Sarah, who witnessed the alleged attack.

She tried to pull Arslan off her husband and suffered a deep wound on her thigh as a result, the court heard.

In a previous police interview, Mrs Boorman said she had unlocked the front door for her husband at around 5pm on 5 October and had seen Arslan crossing in front of her kitchen window.

She initially thought he was throwing punches but then realised he had a knife and mimed the weapon being brought down over and over again into her husband’s face and neck.

“He continued to just stab Matthew like he was an animal,” she said.

Mrs Boorman said she screamed at neighbours for help and Arslan swiped at her with the knife.

“I wish I had hit [Arslan] with something or thrown something or done something to distract him so Matthew had a chance to run,” she said.

“Arslan treated Matthew like he was a piece of meat. He sat on top of him and he lit a cigarette as if he was triumphant.

“Then he threw the cigarette on the floor and got up casually and walked around to the front garden as Matthew lay dying on the floor.”

Her oldest child had seen his father’s bloodied body from the window and “can’t get it out of his head”, she added.

Residents armed themselves with golf clubs

The jury was told that after killing Mr Boorman, Arslan made his way into another resident’s home and stabbed him eight times.

Peter Marsden managed to wrestle him out of the property and the attacker walked towards Mr Boorman’s home, where those administering CPR carried him away in case Arslan targeted him again.

Residents armed themselves with golf clubs, bats and planks of wood and managed to contain Arslan until police arrived.

“He was threatening everyone and enjoying it, he loved the attention of it – he was saying he was going to murder us,” Mrs Boorman said.

According to another neighbour, Arslan’s wife Louise was “verbally aggressive” to officers and threw a glass of water at them.

Mrs Boorman said the family had not used their back garden for more than a year because of continuous threats from Arslan, who would yell at them that he knew where she and her husband worked and film the windows of their children’s bedrooms.

Arslan made counter-allegations, accusing the Boormans of racially abusing him.

The day before the attack, the police had phoned Arslan about the complaint and he told the officer that he would sort his neighbour out himself, adding he would “murder him”, the jury heard.

Arslan has admitted the attempted murder of Mr Marsden, causing grievous bodily harm to Mrs Boorman and a charge of affray, but claims he was in the grip of a psychiatric disorder.

Kate Brunner QC, for the prosecution, said: “The prosecution say this was a premeditated killing carried out in retribution and anger and this defendant is guilty of murder.”

The trial, which is due to last a week and a half, continues.