Max Mosley: Former F1 boss shot himself after being told he had just weeks to live, inquest hears 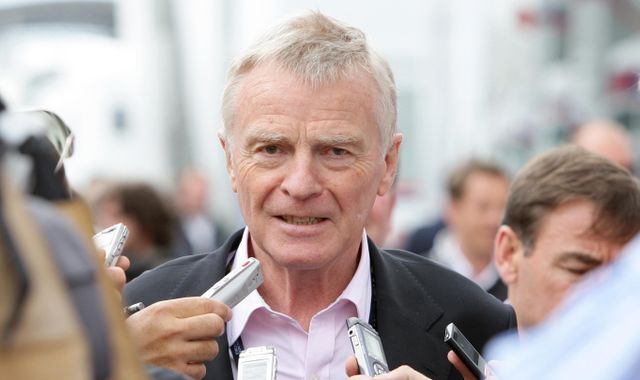 Former F1 boss Max Mosley shot himself after being told he had just weeks to live, an inquest has heard.

The 81-year-old took his own life at his London home in May 2021 after learning he likely had a “very limited life expectancy” and was in “debilitating” pain.

Westminster Coroner’s Court heard how the 81-year-old had contacted his personal assistant the night before he was found dead to tell him about his decision to kill himself.

Senior coroner Dr Fiona Wilcox recorded a conclusion of suicide, saying she was “satisfied” Mr Mosley intended to kill himself.

“I am also entirely satisfied Mr Mosley would not have undertaken this action but for the distressing and debilitating terminal lymphoma,” she said.

However, none were successful, and he had been moved on to palliative care.

The court heard Mr Mosley could not be talked round after making his decision.

He had a last meal with his wife and a written suicide note was found the following day.

Dr Wilcox recorded a cause of death as a gunshot wound, adding that the cancer was a contributing factor.

Concluding the hearing, she said Mr Mosley was a “remarkable man”, and added: “I would like to pass my sincere condolences to the family and friends of Mr Mosley.”