Jackie Weaver ‘did not have the authority’ to eject councillors from meeting, reports find 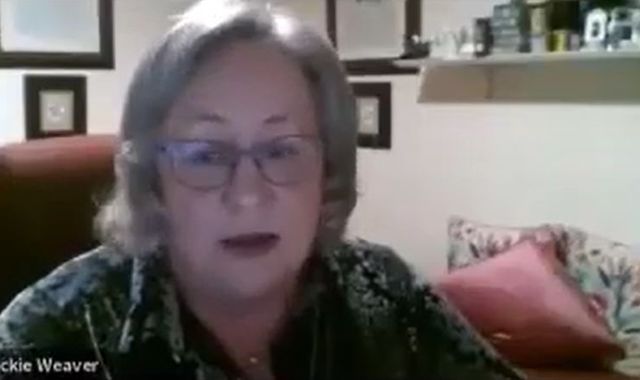 Viral lockdown star Jackie Weaver did not “have the authority” to mute and eject councillors from a virtual meeting, reports have found.

Ms Weaver became famous after footage emerged from a Zoom meeting of Handforth Parish Council which featured councillors shouting and swearing at each other.

During the meeting in December 2020, Ms Weaver was told: “You have no authority here, Jackie Weaver. No authority at all.”

Cheshire East Council has published six reports investigating the behaviour of councillors at the parish council, which is now called Handforth Town Council.

Of those reports, which total 145 pages, three considered complaints prior to the virtual meeting and three looked at the councillors’ behaviour in the meeting.

The reports found Ms Weaver “was not acting in an official capacity at the meetings,” adding: “She did not have authority to manage the attendance at those meetings.”

However, the reports say “it is understandable why she acted as she did”.

The reports said: “Faced with what were unusual and difficult circumstances, and the deep-seated issues underpinning those circumstances, we can understand why JW (Jackie Walker) acted as she did, despite her action being without any formal footing in terms of appropriate process and procedure.”

The reports found that “on the balance of probability” three former councillors did breach some sections of the Code of Conduct. Another report found three current councillors were not in breach of the code, but said “their behaviour cannot be said to be exemplary”.

Earlier this month, it was revealed that the investigation into the meeting had cost Cheshire East Council more than £85,000.

Since the infamous footage became a viral hit, Ms Weaver has adapted to her newfound celebrity lifestyle, publishing an autobiography titled: You Do Have the Authority Here!